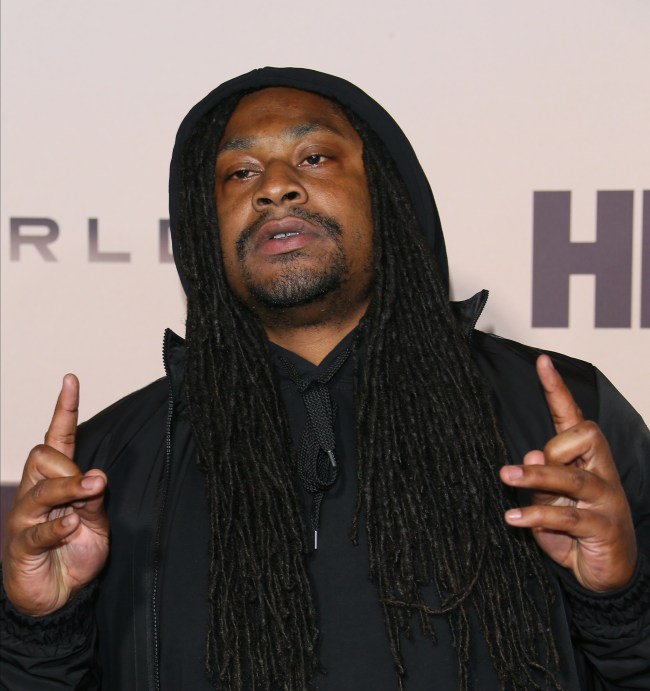 True story: About a decade ago, I worked for a company that did some work with Marshawn Lynch. It was about 15 minutes worth of stuff and, in my mind, there was no reason at all that the then Pro Bowl running back should’ve remembered me whatsoever after we completed the small project. But because it involved emailing one another, I had his primary email address in case I needed anything.

A few years later, I was visiting Seattle with my then girlfriend. Marshawn’s Seahawks were playing a Monday Night Football game against the Green Bay Packers — which ended up being the infamous “Fail Mary” game. Since I have zero shame, I hit up Shawn to see if he could score some tickets. Without hesitation, he was on it, hooking us up with a couple seats to see an epic contest. The dude was even emailing me about 20 minutes before kickoff to make sure all was good and that we were able to get into the stadium. Amazing stuff.

From then on, Marshawn Lynch and I swapped a few other emails, with my buddies even joking that we had become pen pals for a couple years. So, in my mind, the former running back was already the coolest athlete on the planet.

But want to know what makes Lynch the undisputed champ when it comes to being the coolest, most unique, ballsy athlete of all time? How about the fact that he used to rip shots of Hennessy before every NFL game he played in? Yeah, that’s what he used to do, as told to Peyton Manning in a teaser for the second season of Peyton’s Places on ESPN+, which is now streaming.

Marshawn's pregame superstition involved a shot of what?! 😂

This is insanity, and further proves that Marshawn Lynch played by his rules. It’s also hilarious to see his reaction when Manning — fully looking like every soccer dad on planet earth — wondered if the former Seahawks player was taking shots of Gatorade. Lynch blankly stares at him and proclaims it was, in fact, Hennessy, not some sports drink. Classic.

Living in Seattle for the past 7.5 years, I personally know the legend that is Marshawn Lynch. He’s an icon. He’s super misunderstood. He’s all-time. He’s witty. He plays by his own rules. And he does pretty much anything he wants to. We should all have nothing but mad respect for a guy like that.