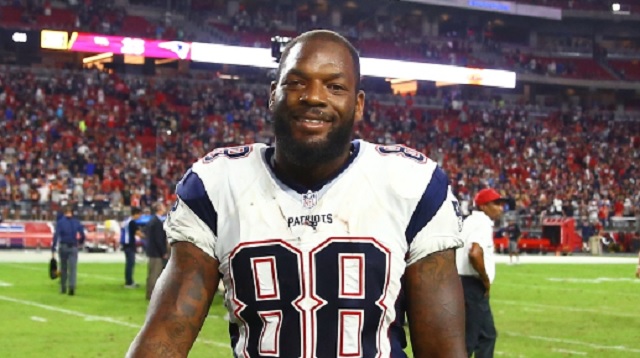 New England Patriots tight end Martellus Bennett has never been shy about sharing his opinions. Over the weekend, Bennett tweeted this out after Donald Trump ordered a travel restriction on refugees from predominantly muslim countries.

America was built on inclusiveness not exclusiveness.

Last night, during the NFL’s Super Bowl Opening Night, Bennett said he most likely wouldn’t go to the White House if asked because he “didn’t support the guy in the house”.

It’ll be interesting to see what happens if the Patriots indeed do win the Super Bowl.