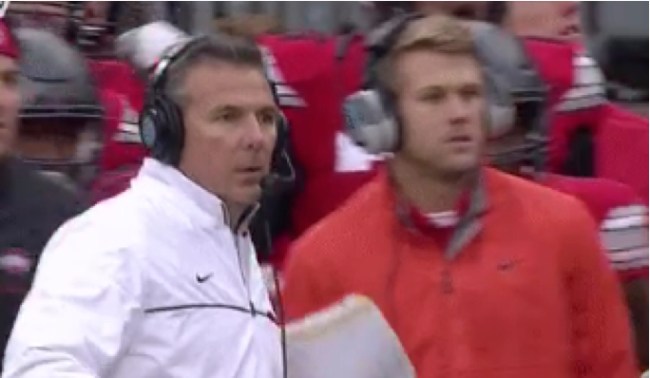 It’s been a helluva season for the Maryland Terrapins, as they canned their head coach and faced a bunch of other adversity within their athletics department, but they nearly pulled off a shocking upset of the No. 10-ranked Ohio State Buckeyes today. Unfortunately, it wasn’t meant to be, though — and the way they lost is devastating.

After being in a shootout all day long and getting to overtime, Maryland scored on its first play of OT to make the score 52-51, and decided they’d go for the win instead of tie it and risk another extra period. The result? A missed wide receiver who was wide open in the end zone, ending the game with the Buckeyes victory.

Kudos to Maryland for taking the chance and showing they weren’t afraid to go for the dub, but, damn, wouldn’t it be nice to still be playing right now with a chance to pull the stunning upset? I guess hindsight’s 20/20.