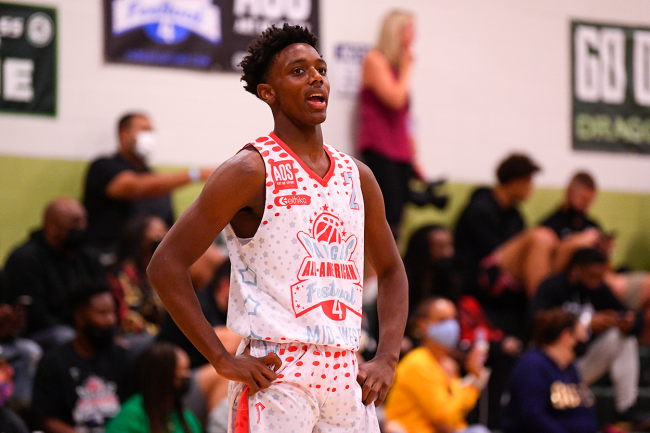 Hercy Miller, the son of rapper Master P, is set to join his third college basketball program in one year. The 6-foot-3, 160-pound guard is transferring to Louisville, where he will join the team as a walk-on.

Miller, who was an unranked recruit out of Minneapolis, Minnesota, originally committed to Tennessee State as part of the Class of 2021. Upon his arrival in Nashville, he scored 12 points in six games for the Blue Raiders as a freshman.

However, he suffered a hip injury that shut him down for the year. According to Master P, the school’s lack of medical resources led to the near-jeopardization of his son’s career.

“We’ve got a great program at Tennessee State, we’ve got great people, we loved the culture, we just don’t have enough trainers,” Master P told The Tennessean’s Mike Organ in December. “We don’t have enough medical people to take care of what needs to be taken care of. We don’t have the technology that the Dukes and all these major universities have. An injury like this could have been prevented.”

Now, Miller has found his third home in less than a year after enrolling at Tennessee State in July of 2021. He is hoping that this will be his last.

Louisville and Master P have a special relationship. Master P, who played two short preseason stints with two NBA franchises, attended the University of Houston on a basketball scholarship before dropping out just months into his freshman year. He obviously went in a different direction from that point on.

Before committing to Houston, Master P received an offer from then-Louisville basketball coach Denny Crum. And after Hurricane Katrina in New Orleans, he moved his family to Louisivlle.

Now his son, a rising sophomore, will try to earn minutes with the Cardinals basketball program. Only time will tell if he can work his way onto the court, but Miller is doing well financially either way after signing a $2 million NIL deal just one day after the rule changed last July.