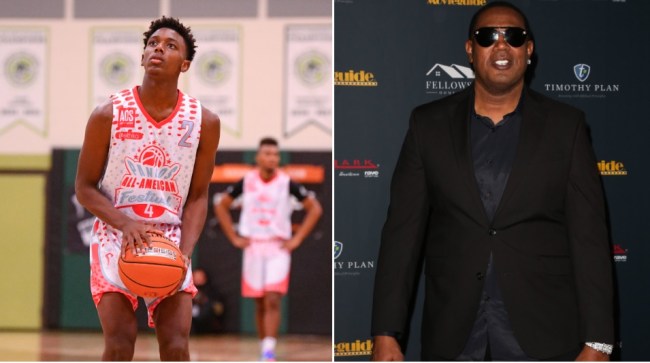 It’s only been a day since college athletes were allowed to make money off their name, image and likeness due to a recent rule change and Master P is making sure his son is getting paid.

immediately after the NCAA rule change, TMZ caught up with Master P and he told them his son Hercy Miller, who is set to play college hoops as a freshman at Tenessee State next season, just signed a $2 million endorsement deal with an “American technology company.”

TMZ Sports caught up with P and 19-year-old Hercy in Beverly Hills … a day after the NCAA announced they’ll allow athletes to make dough off their image and likeness.

“It was a 2 million dollar deal. It’s incredible. This is gonna change the way college athletes want to stay in school,” P says.

When asked about what he was going to do with the money Hercy said, “I learned from my dad, I’m gonna start off by giving back to the community and everyone around me. I have a camp July 21 and I’m giving back to the kids. Giving school supplies.”

Update: The company that is sponsoring Hercy Miller is “Web Apps America”

Miller will be a brand ambassador for the tech company, who's committed to supporting HBCU leaders. pic.twitter.com/LRfDyZ27Yf