Anyone Can Buy Food Packages From The Masters This Year And For How Much You Get, It’s A Criminally Good Deal 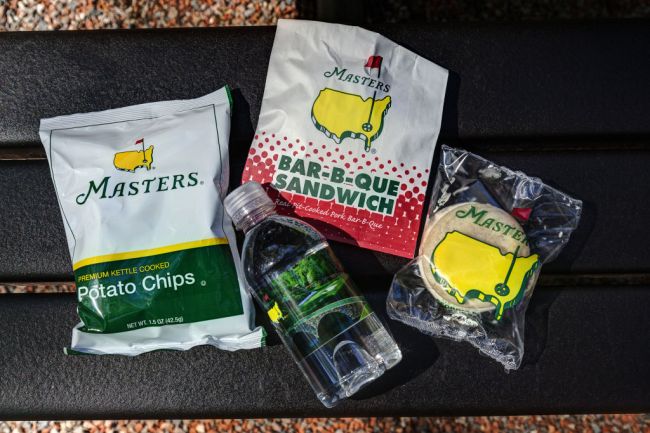 Ahead of last year’s Masters in November, Augusta National offered patrons who had shopping access the opportunity to purchase a ‘Taste of the Masters’ food package. The same package is being offered again ahead of April’s Masters, only this time it’s available for anyone to purchase.

Anyone remotely familiar with the Masters knows how insanely cheap, and good, the food and beer is at the tournament. Sandwiches are $3 or less, a domestic draft beer is $4, while an imported draft beer is an extra buck at $5. Think about that, you could go watch the best golfers on the planet play the most iconic course in the world and buy six domestic beers for $24. You can’t go to another professional sporting event in the United States and buy six beers for under $50.

Pending there won’t be any price increases on this year’s menu compared to the 2019 menu, a patron could buy one of all 25 items on the menu at Augusta National and spend just $56.50.

While the prices on the grounds of Augusta are cheap, one would assume that the online price for the food package would be on the higher-end, but for $150, you get quite the inventory of goodies:

The big outlier on this list is the 25 tournament cups. Every drink, other than coffee or a bottled water, served at Augusta National comes in a high-quality, souvenir-style cup that has the logo and the year on it. Regular drinks and domestic beer comes in a regular plastic color, while the imported beer comes in the ever-elusive green cup.

Getting your hands on 25 of the highly sought-after cups with the tournament’s year on it may be worth the $125 alone. Getting to whip those cups out of the cabinet during Masters week year after year is a privilege.

You add the fact that you get three and a half pounds of food to stuff between a couple of pieces of bread, chips, and desserts and you have yourself quite the spread for Masters Sunday.

The package serves 10-12 people and will be delivered by April 9, according to the website.