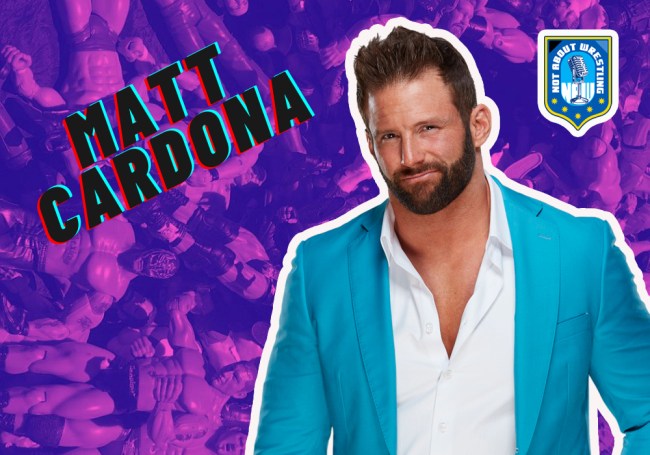 Not About Wrestling Show

Matt Cardona spent the major of his WWE career playing the babyface but in the world of wrestling figure and toy collecting, he’s often viewed as a heel.

“Not everybody likes me in the toy business,” Cardona laughs.

The main reason Cardona – formerly Zach Ryder – gets so much heat among collectors is because he’ll open rare toys, “letting them breath” because he believes toys should actually be played with.

Cardona recently signed a deal with AEW and keeps busy between TV appearances hosting his own podcast and YouTube show dedicated to wrestling figure collecting – The Major Figure Podcast – along with friend and former tag team partner Brian Meyers.

In this episode of Not About Wrestling, Cardona talks about being the “Michael Jordan” of wrestling figure collecting, his most prized possession that’s worth a TON of money, the highs and lows of eBay bidding, and much more.

Is this show about wrestling? Naw.