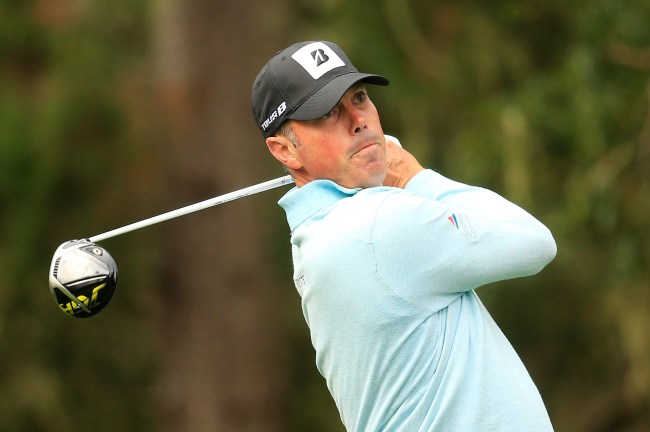 It appears that the Matt Kuchar vs. Caddie saga has finally come to an end, as the nine-time PGA Tour winner just released an apology letter for paying his fill-in caddie, David Ortiz, just $5,000 of his of $1,296,000 winning check at the Mayakoba Classic last November.

Although there is no set fee local caddies charge to carry the bag for a pro and Kuchar had said the two agreed on a payment structure prior, bonus payments are usually anywhere between five and 10 percent of the winning purse. Kuchar paid his caddie .38% of his winnings.

Kuchar then doubled down with comments that some perceived as condescending: “I kind of think, if he had the chance to do it over again, same exact deal, that he’d say yes again.”

Welp, it seems that peer pressure or sponsors or a fleeting moment of generosity ignited a change of heart in Kuchar. Read his apology letter below.

This week, I made comments that were out of touch and insensitive, making a bad situation worse. They made it seem like I was marginalizing David Ortiz and his financial situation, which was not my intention. I read them again and cringed. That is not who I am and not what I want to represent. My entire Tour career, I have tried to show respect and positivity. In this situation, I have not lived up to those values or to the expectations I’ve set for myself. I let myself, my family, my partners and those close to me down, but I also let David down. I plan to call David tonight, something that is long overdue, to apologize for the situation he has been put in, and I have made sure he received the full total that he has requested.

I never want to bring any negativity to the Mayakoba Golf Classic. I feel it is my duty to represent the tournament well, so I am making a donation back to the event, to be distributed to the many philanthropic causes working to positively impact the communities of Playa del Carmen and Cancun.

For my fans, as well as fans of the game, I want to apologize to you for not representing the values instilled in this incredible sport. Golf is a game where we call penalties on ourselves. I should have done that long ago and not let this situation escalate.

The “full total that he requested” amounts to $50,000, a number that Ortiz felt he was owed.

Some worthwhile reactions to the apology:

Damn wish he would have doubled down and said 5k was too much!

So how much is he going to pay? pic.twitter.com/PgSFgZ7UlC

Damn, if you had told me that winning a professional golf tournament and $1.3 million turn out to be a nightmare for Kuchar, I would have told you to kick rocks.