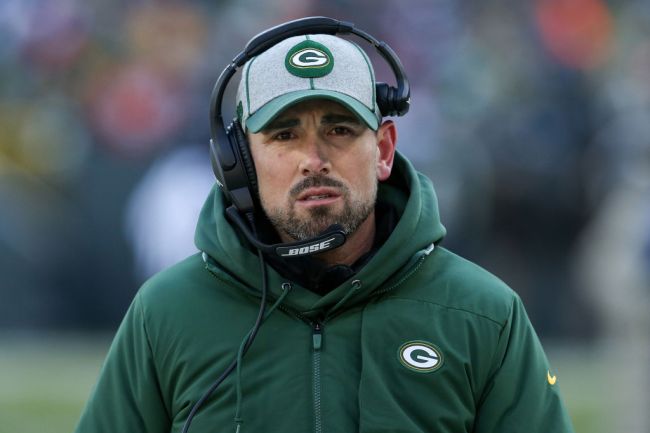 Playing it safe against a Tom Brady led team and relying on your team to make a stop or force a mistake in crunch time with a spot in the Super Bowl on the line is a bold strategy. That’s exactly what Packers’ head coach Matt LaFleur elected to do, however, and it did not pay off.

Down 31-23, the Packers faced a 4th and goal on the eight-yard line with 2:08 left. With all three time outs left plus the two-minute warning, LaFleur sent out his field goal unit instead of rolling the dice and potentially tying things up with a score and two-point conversion. As soon as Green Bay’s field goal unit took the field you knew the game was over. LaFleur put the ball back in the hands of the greatest quarterback to ever play the game instead of rolling the dice on his home turf with Aaron Rodgers under center.

It could very well be the worst coaching decision in NFL history, and it’s easily the worst decision my 28-year-old eyes have ever seen. LaFleur has rightfully gotten torched for the bonehead move.

LaFleur explained after the game that he was confident in the decision and with essentially four time outs in his back pocket, he trusted his defense could get a stop. That, of course, did not happen.

“It was just the circumstances of having three shots and coming away with no yards and knowing that you not only need the touchdown, but you need the 2-point [conversion]. The way I was looking at it was, we essentially had four timeouts with the two-minute warning,” LaFleur told reporters after the game.

“We knew we needed to get a stop, and I thought we were going to have a stop there at the end, but we got called for [defensive pass interference] and it didn’t work out. I think anytime something doesn’t work out, do you regret it? Sure, but we’re always going to be process-driven here, and the way our defense was battling, the way our defense was playing, it felt like it was the right decision to do. It just didn’t work out.”

Rodgers was of course asked about the move and said “it wasn’t my decision” and that he thought they were going to have four chances to score a touchdown. That wasn’t the case, however, and the rest is history.

The decision to kick the field goal made zero sense. Even with four timeouts, giving the ball back to Brady is never the move, it doesn’t matter that he had already thrown three interceptions in the game. The worst-case scenario would have been not scoring on fourth down, you still have the four timeouts, plus you have Tampa Bay pinned on the eight-yard line. Congratulations to LaFleur and the Packers for losing by five points instead of eight.