Matt LaFleur Wants The Packers’ Pee To Be A Certain Color For Their Season Opener, Seriously 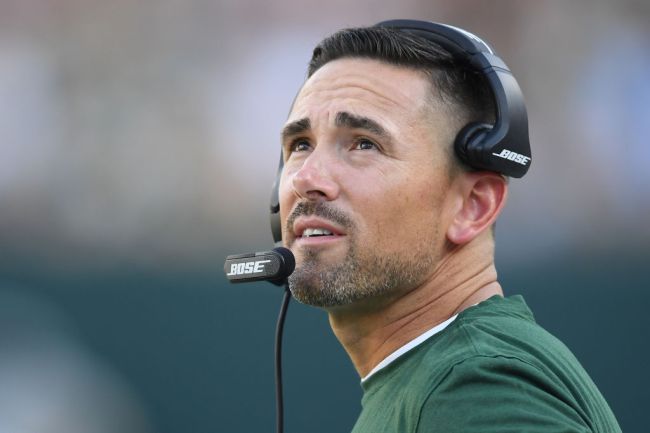 The Green Bay Packers season opener against the New Orleans Saints was moved from the Superdome to Jacksonville due to Hurricane Ida. Instead of playing in an air-conditioned dome, the Packers and Saints will now do battle in the Florida heat, which Green Bay head coach Matt LaFleur is fully preparing for.

It’s expected to be in the mid-80s and humid come kickoff in Jacksonville on Sunday, which means both teams better be hydrated heading into the game. LaFleur is putting an emphasis on his team being hydrated and spoke rather candidly about it on Wednesday. He really wants his guys’ pee to be clear every time they go to the bathroom.

That’s a totally normal thing to say, sure.

Matt LaFleur pulling no punches on how hydrated he wants #Packers players to be to prepare for heat and humidity awaiting in Jacksonville: "Every time they pee, you want it to look clear."

LaFleur could’ve said ‘we want our players drinking water non-stop between now and Sunday,’ but for some reason his brain told him to start talking about urine.

We’ll know if LaFleur’s team listened to his request come Sunday if we don’t see a bunch of stoppages in play for players suffering cramps out on the field.