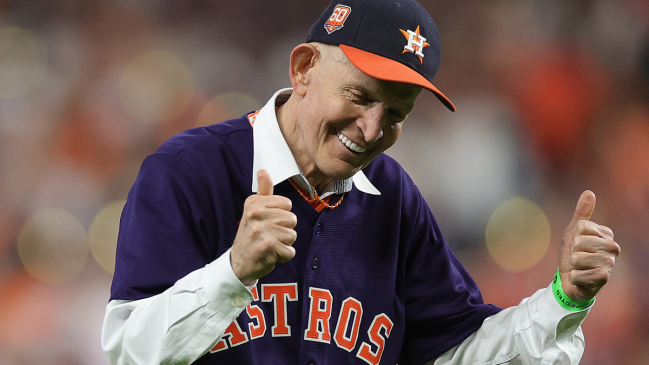 It’s been more than three years since Jim McIngvale—the Houston furniture magnate most people know as “Mattress Mack”—burst into the national consciousness after placing a few bets worth a combined $12 million on the Astros to triumph over the Nationals in the 2019 World Series.

Those sizeable wagers were primarily a hedge against a promotion he was running to drum up business at Gallery Furniture, as the store would’ve been on the hook for the $20 million worth of merchandise it pledged to give to customers for the price of “on the house” if the hometown team had won.

They also marked the start of a fairly fascinating saga, as Mattress Mack has routinely made headlines since then by placing some similarly staggering bets on other premiere sporting events including the Kentucky Derby and the Super Bowl.

While he earned a bit of a reputation as a jinx thanks to his fairly dismal track record, he bounced back in a big way last month after the Astros triumphed over the Phillies in the World Series. He may have lost his cool after getting treated to some vintage Philly hospitality at Citizens Bank Park, but Mattress Mack ultimately got the last laugh and the excuse to pull out an all-time flex by using a wheelbarrow to transport a portion of the $75 million he won to a private jet.

You might think Mattress Mack would be perfectly content with resting on his laurels for a bit after taking home the most money any person has won on a single wager in the history of legal sports betting. However, he wasted no time getting back on the horse after turning his attention to another hometown team.

According to Action Network, McIngvale has already thrown down $1.5 million on the University of Houston’s men’s basketball team to walk away as champions when March Madness rolls (he dropped $500,000 at one sportsbook that had them listed at 10-1 and $1 million at another with a slightly more favorable 9-1 odds).

It’s certainly not the worst bet you can make, as the Cougars are 3-0 to start the season and earned the No. 3 spot (behind North Carolina and Gonzaga) in the most recent AP Top 25 poll. However, we’ll just have to wait and see how things play out.