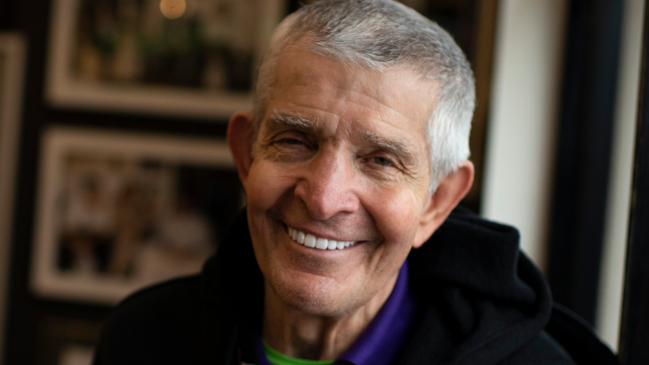 There was a fair amount on the line when the Phillies faced off against the Astros in Game 3 of the World Series on Tuesday night, as each team was hoping to gain a 2-1 edge in the championship showdown when the action shifted to Citizens Bank Park after the pennant-winning teams split the first two games in Houston.

The stadium hosted close to 43,000 fans who presumably had an emotional investment in the outcome of the contest as well as plenty who also had a financial interest in the result.

However, there’s no one who theoretically has more to gain (or lose) than Jim McIngvale—a.k.a. “Mattress Mack”—who stands to pocket $75 million if the Astros win the World Series this year (although it’s worth noting he’s using the bets to hedge the unspecified amount he’ll be on the hook for thanks to the promotion he’s running at his furniture store in Houston).

McIngvale made the trip out east to cheer on his hometown team, and prior to the game, he praised the notoriously unwelcoming fans in Philly for living up to the “City of Brotherly Love” nickname they have a reputation for undermining.

The City of Brotherly Love has really earned its name. I’m overwhelmed with how welcoming this city has been. Bless you, Philadelphia, PA, but my beloved @astros are still going to win tonight. Go ‘Stros!#levelup pic.twitter.com/tHW4uhBsfQ

Unfortunately, that message became an instant contender for The Tweets That Aged Poorly Hall of Fame, as the 71-year-old went viral for all the wrong reasons after the game courtesy of a video where he repeatedly lobbed the f-bomb in the direction of some Phillies fans inside the ballpark.

Now, we have some more insight into what went down courtesy of the man himself.

On Wednesday, McIngvale channeled his inner NFL player by seemingly responding to the incident in question with a Bible quote about how to “overcome evil with good.”

Do not be overcome by evil, but overcome evil with good.
Romans 12:21

That somewhat cryptic message didn’t really shine much light on what went down. However, he also opted to share his side of the story with The Houston Chronicle in a conversation where he said he was defending the honor of the Astros player at the center of a cheating scandal that rocked the MLB:

“We were walking out and some drunk old man said to pull the jerseys off all the Astros and show their buzzers. And then he said, ‘Jose Altuve will never make the Hall of Fame because he is the biggest cheater ever,’ and that’s when I lost it…

My blood pressure got a little high but that’s alright, I lived through it. I will always take up the Houston Astros.”

You’d think anyone who willingly cheers for the opposing team at a sporting venue in Philly would know what they’re signing up for by now, but Mattress Mack still took issue with how he was treated, saying:

“When those people come to Houston, we treat them right at Minute Maid Park. I don’t think it’s too much to get the same treatment here. They don’t have to call our boys cheaters and this other stuff.”

Something tells me he’ll be getting a similarly chilly reception when he returns to the field for Game 4 on Wednesday night.