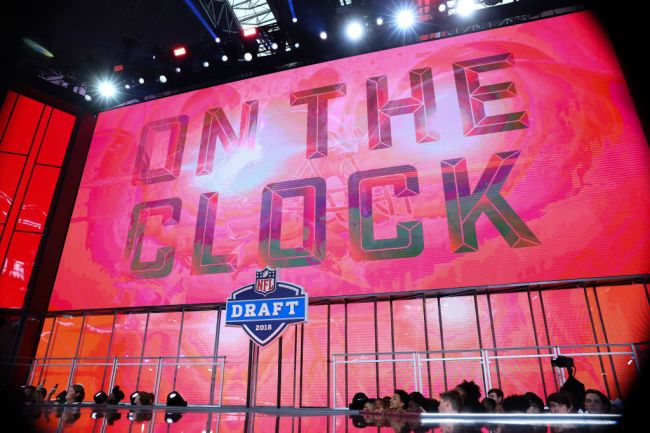 With just one week until the NFL Draft, football fans find themselves right in the thick of mock draft season. Usually, mocks tend to be pretty similar from expert to expert with many of them hearing the same things from teams and with just about everybody understanding what each team needs.

However, there are times that you will run into a mock that predicts absolute chaos in the NFL Draft. That’s what we got out of today’s mock draft from Maurice Jones-Drew.

This mock draft is beautifully chaotic. First of all, he has Evan Neal falling to the Houston Texans at 13. I haven’t seen many mocks, if any at all, that even have him dropping out of the top 5.

Then there’s the matter of the 4 QBs going in the top 10. Just this week it has seemed like there might not be any QBs going in the top 10 of the draft. Jones-Drew thinks that the Panthers, Falcons, and Seahawks will all take QBs with their first picks and that the New Orleans Saints will deal both of their 1st rounders to take Matt Corral at 10.

At the back end of round 1, he has the 49ers trading Deebo Samuel to the Chiefs for pick, which is probably the worst 1st rounder they could get for him. The 9ers then proceeded to use that pick to draft “the next Deebo Samuel”, Treylon Burks.

If all of this were to happen it would be an absolutely shocking draft that would provide football fans with plenty to talk about as Weezer takes the stage in Vegas.