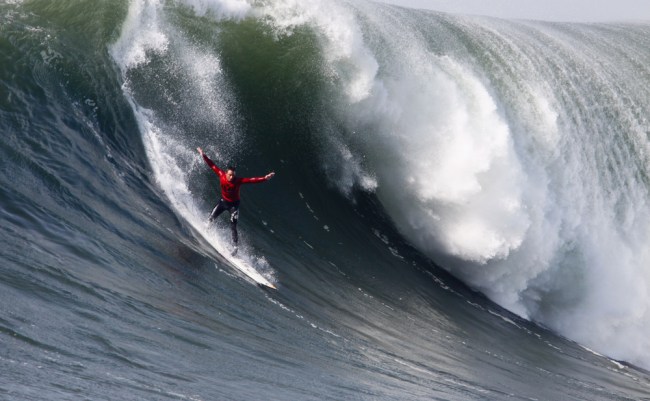 It takes a very special type of crazy to think that paddling into skyscraper-sized waves capable of snapping your spine in half is a good idea. Big wave surfers like Kai Lenny, Garrett McNamara, and Greg Long travel the world in search of waves that are so big that they only come along a handful of times each year. Worldwide, there are a few legendary breaks where big wave surfers can expect to see the Hand of God show up at least once a year and one of those spots is Mavericks.

Mavericks, California is just north of Half Moon Bay and not too far from San Francisco. It’s a legendary big wave break and for surfers in California, it’s the largest wave they can find without going to Hawaii, Mexico, or Portugal. When Mavericks goes off it’s as treacherous as any wave in the world. It’s destroyed egos of the world’s best surfers and it has even claimed lives.

Like I said before, big wave surfing requires a very special type of crazy.