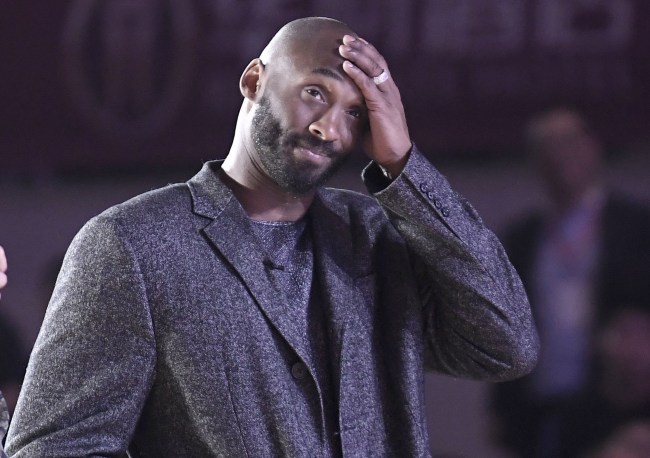 I know this may come as a jarring surprise to you, but sports fans are fighting online again over their favorite topic to chew on: Kobe Bryant’s legacy.

NBA TV’s is responsible for instigating after revealing its NBA All-Decade teams. They are as follows:

Mamba stans were not happy that their savior’s name was said in the same breath as LaMarcus Aldridge. More reasonable people pointed to the fact that Kobe’s last real season was 2013, and in his final three seasons to close out his career, he played less than 100 of the 246 total regular season contests. In the current decade, Kobe has averaged just 22.3 points per game.

The wrong person to argue the proper placement of Kobe as a third team all-decade player is the ever-trolling Max Kellerman. Kellerman, who famously claimed Tom Brady is a ‘bum’ three years ago, went as far to say that Kobe belongs on the All-Decade worst team. Chill.

Molly Qerim was so repulsed by this that she up and walked off set.

Molly walked off the @FirstTake set after Max Kellerman said "Kobe Bryant is on the All-Decade worst team."

Max Kellerman getting ready in the morning for First Take pic.twitter.com/rogodXlFnm

Max Kellerman: Kobe should be on the worst team