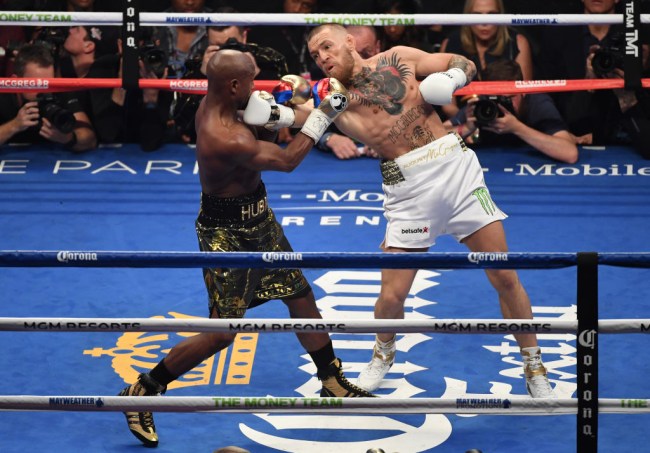 August’s fight between Conor McGregor and Floyd Mayweather was the most anticipated boxing match in recent memory. In the lead-up to the bout, many people predicted it would break the pay-per-view record that was set when Mayweather took on Manny Pacquiao in 2015— a face-off that generated a total of 4.6 million views.

A few days after the fight took place, Dana White said that 6.5 million people had paid to watch it. However, it took a few weeks for the official numbers to come it, and based on the final tally, McGregor vs. Mayweather just missed setting the PPV record with a total of 4.4 million buys, according to a report by Boxing Scene.

There are at least a couple of factors that could have kept the fight from breaking the record. The first is the fact that an estimated 3 million people streamed the fight illegally, While many of those people never would have considered buying the PPV in the first place, it’s impossible to deny it didn’t have some effect on the final numbers. The UFC.tv app also crashed, which resulted in an unknown number of refunds being issued.

However, based on the $100 price tag for the high-definition stream, I doubt many of the fight’s beneficiaries will be complaining about these numbers.