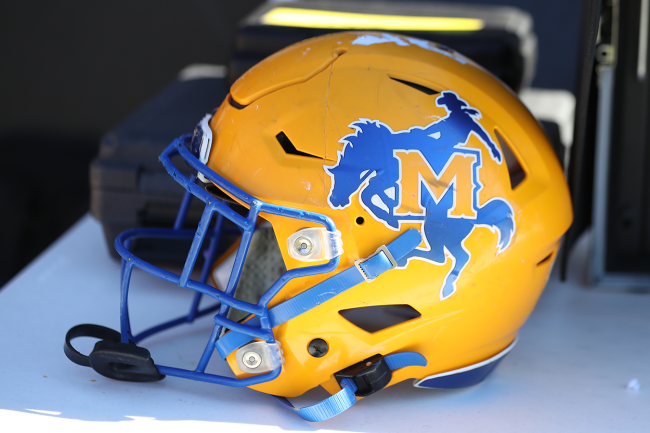 McNeese State defensive Richard Akers has had a long, unique road to where he is today. After starting as a walk-on, he is now on scholarship after being surprised by his coaches earlier this week and the scenes were emotional.

Akers, who was under-recruited out of high school, landed first at a small liberal arts institution in West Virginia called Shepherd University as a partial scholarship player. The Rams compete on the Division-II level in athletics and the school has a total enrollment of just over 3,000.

Akers redshirted during his freshman year at Shepherd, did not play in 2020 due to the COVID-19 pandemic and then transferred into McNeese prior to the 2021 season. Because prep school does not count against NCAA eligibility, and because of the blanket waiver granted to all athletes in 2020, he arrived in Louisiana with four years of eligibility.

Akers then redshirted again in his first year at McNeese, despite seeing time in two games. That led him to 2022 and he will be considering a redshirt freshman once again.

However, this year will be different.

After joining the Cowboys as a walk-on, Akers will play this fall on scholarship. The 5-foot-11, 160-pound defensive back was surprised by his coaches on Wednesday.

As the players gathered for a team meeting, Akers was called to the front. He then received the news that he is on scholarship.

Akers, who was moved by the announcement, was immediately mobbed by his teammates. Their reaction is priceless, take a look:

So grateful and thankful for @McNeeseFootball

Rich you are so deserving!
You fought for it. Your Mom is so proud of you.
D2…
D1 Walk on…
D1 Scholarship 💪🏽#blessedbythebest pic.twitter.com/aeGSxmc9Ae

There are very few things that are as consistently emotional as a walk-on receiving a scholarship. It never fails to tug on the heartstrings and Akers’ moment on Wednesday was no exception.