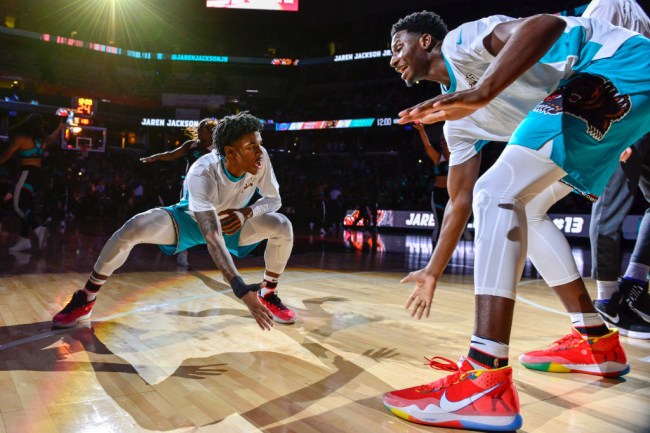 All indications pointed to this season as being a rebuilding one for the Memphis Grizzlies. They weren’t supposed to be anywhere among playoff discussions 51 games into the season, but here we are.

Sitting at 26-25 on the year, and winners of 13 of their last 16, this Grizzlies team holds the No. 8 spot in the West and they’re doing it with an insanely young, and impressive young core.

None of this would be a reality if Memphis wasn’t gifted the No. 2 pick allowing them to take Ja Morant. He’s been flat-out unbelievable this season averaging over 17 points and seven assists per game and is eyeing Rookie of The Year honors.

Then, with their second first-round pick, the Grizzlies selected Brandon Clarke 21st overall, which to plenty, he was the biggest sleeper in the 2019 Draft class.

These two joined forces with Jaren Jackson Jr. who the NBA world got a glimpse of how special he could be during his rookie season a year ago. Rounding out the young bunch is Dillon Brooks who’s taken a massive step this season averaging 16 points per game.

This four-headed monster has an average age of 21-years-old and is averaging a combined 63 points per game. Those averages don’t mean as much if the team isn’t winning, but Memphis is doing plenty of that as well.

Memphis was busy ahead of Thursday’s NBA trade deadline and added yet another young piece that should fit into their core by acquiring Justise Winslow from Miami. While the former Duke star has battled injuries throughout his young career, when healthy he’s another solid piece to the Grizzlies puzzle. He averaged over 11 points and six rebounds this season with the Heat before being dealt.

The Memphis Grizzlies in the past year:

All in all, the Grizzlies sent Andre Iguodala (who wasn’t ever going to play for Memphis), Jae Crowder and Solomon Hill to the Heat in exchange for Dion Waiters, James Johnson, and Winslow. Johnson was later flipped to Minnesota in exchange for Gorgui Dieng.

While this Memphis team isn’t going to compete for a title this year, this franchise is certainly making the right moves to compete in the West for years to come.

Let’s not forget that only a few seasons ago this Memphis team was all about that grit and grind attitude with Mike Conley, Marc Gasol and Tony Allen leading the way. It was no secret that it was going to be a bit of an uphill battle to change that culture, but thanks to this young team’s style of play and ability to win games, the Grizzlies are making it look easier than expected.