Memphis’ Baby Giraffe Is Named After The City’s Most Explosive Dunker, Reaches Well Above The Rim Like Ja Morant 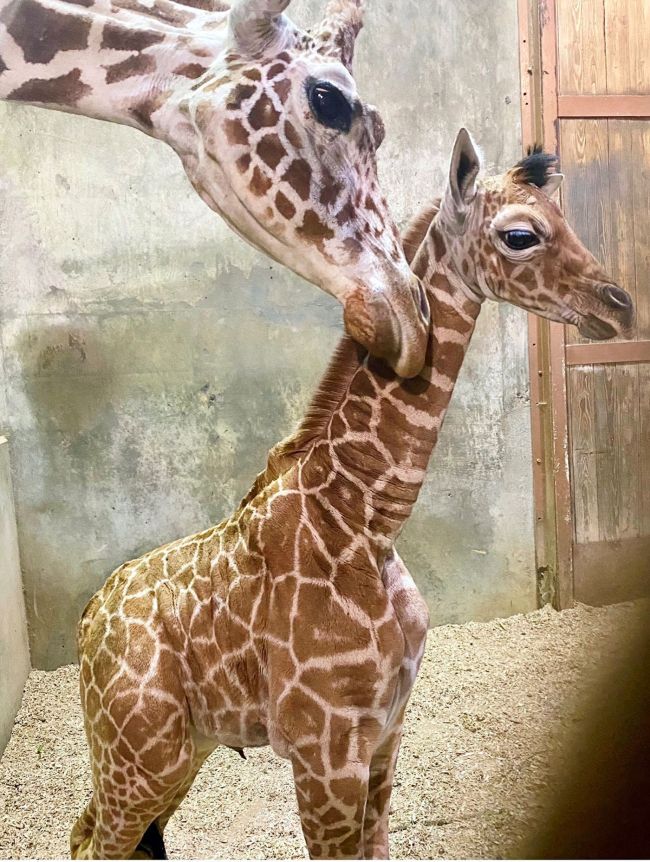 The Memphis Zoo has added a member to its roster with the announcement of a new baby giraffe on Thursday. Niklas and Angela Kate welcomed their son to the world on November 10 and the nine-day old was named after one of the city’s most beloved athletes. To celebrate Grizzlies rookie Ja Morant winning the 2020 NBA Rookie of the Year Award, the zoo’s newest heartthrob will be named ‘Ja Raffe.’ It’s brilliant.

The average height of a giraffe is anywhere between 16.4 and 19.7 feet, so Morant’s namesake will have no problem reaching the rim and slamming down over top of defenders as he gets older.

Ja Raffe’s addition brings the Memphis Zoo’s herd up to seven giraffes, including his 18-month-old sister Ally. The zoo added that the calf’s birth is part of a Species Survival Plan, which maintains the breeding of a species to maintain a healthy and self-sustaining population that is both genetically diverse and demographically stable. The Grizzles were quick to welcome their newest neighbors!

Morant, who averaged 17.8 points per game in his first season, caught wind of his fellow Ja and also got in on welcoming him to the earth by deeming him a “legend.”

“Ja”raffe was born a legend ‼️🦒

“The Memphis Zoo is a huge fan of the Memphis Grizzlies,” A spokesperson said. “We wanted to show our support and congratulate Ja for his NBA Rookie of the Year.” Not only is it a relatable tribute to the city’s newest superstar, but it’s really creative and he is sure to bring a smile to everyone who sees him. His parents could not be reached for comment.