My Men’s League Basketball Team Replaced Me With That Hot ‘Bachelor’ Hunk Tyler And They Won A Championship: This Is My Heartbreaking Story 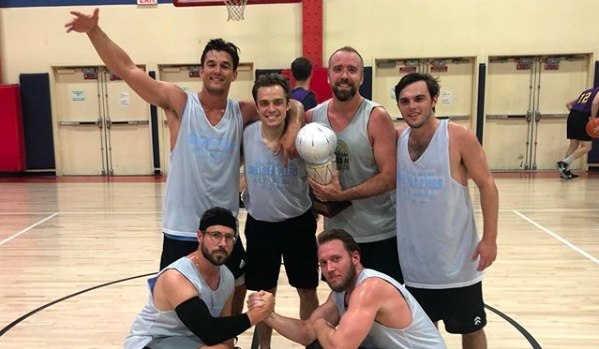 It’s been just over a year since I received the inbounds pass down 2 in the championship game of New York’s coveted Chelsea Piers men’s league. Just 2.1 seconds remained on the clock. Dozens of fans (players slated for the next game) lined the perimeter of the court locked in to see how this battle would end, as if their personal destinies depended on the outcome.

The opposing team’s most shredded player draped over me like a Jos. A Bank suit with admirable glutes. He was about 6’2”, physical, mobile, but rigid. I was confident this testosterone-filled ogre had more brawn than brains and would jump at a pump fake with cartoonish enthusiasm, so after my team’s first three options were covered, I flashed to the inbounder, hands extended.

I received the ball, turned, hit this fucker with a pump fake that sent him into orbit, took one escape dribble to the corner, stepped back behind the three point line, rose up, and……

The next thing I knew I was buried in a sea of sweaty, slightly past their prime men. To this day, I’m not sure if I ended up there via a celebratory tackle or by tripping over my huge fucking nutsack, but in that chaotic jumble of man meat, I found a happiness foreign to an unremarkable schlub like me.

If I could live in that moment for eternity, I’d tell blow a kiss to my family and tell my girlfriend we had a good run, and nuzzle back into those fleshy perspiring man tits.

But, life is unforgiving, and the momentum of 30 years of mediocrity ultimately swallowed those tiny morsels of bliss.

Months later, I would pack up my apartment and move back to my homeland of Boston, terminating my 5 year stint in the Big Apple and the stubborn remnants of men’s league glory.

As I sit on the toilet staring aimlessly at a spec of drywall in my new Boston apartment, I received a text from my former teammate: “We got a new guy. DIESEL.”

If it wasn’t painful enough that my legacy had been replaced by another man, you can imagine how distraught I was to learn my replacement was the guy my girlfriend thinks about when we’re having sex.

Then, as quickly as the ball had dropped through the net on my championship-winning three, all communication between my former teammates and I ceased. Fucking Tyler probably made them sign a non-disclosure permitting them from talking to anyone without a blue fucking checkmark. Fucking Tyler.

Months passed, the pain never left, but I’ve gotten better at dealing with it. That was until I learned of my intramural men’s team’s fate through AFTER THEY WERE TRENDING ON TWITTER.

The dude skipped the VMAs with Gigi Hadid to win my former team a championship. I missed a playoff game because I was plastered at a happy hour. Try as I may, I can’t even hate this man.

How quickly they forget the triumphs of yesteryear.. That’s me in the middle holding the trophy. I don’t even recognize that man anymore.

It was only a matter of time before my pain was used as bullets to shred my tender, vulnerable disposition. 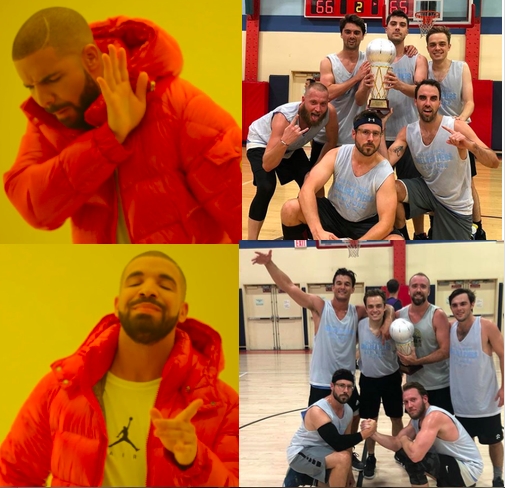 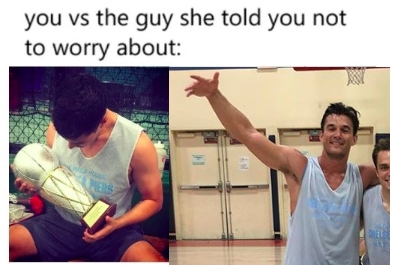 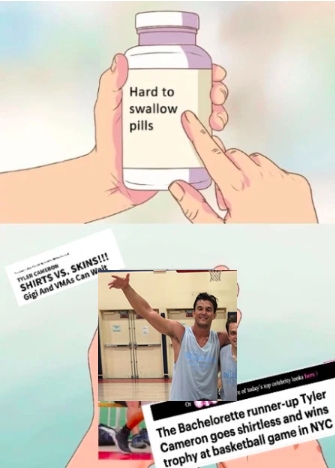 Where do I stand now? Well, I’ve actually picked up cigarette smoking and have been wearing the same undies since last Tuesday.