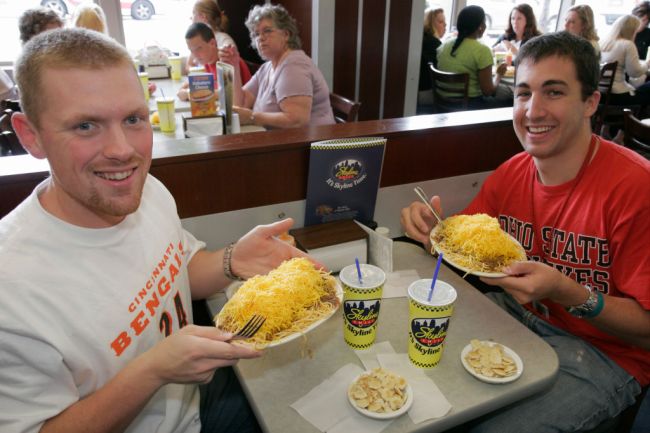 Hand up, I was today years old when I became aware of Cincinnati’s culinary staple—Skyline Chili—partly because I’m not a sociopath, but also because Cincinnati ranks just above East St. Louis on my travel bucket list.

For the unenlightened Skyline Chili, founded in 1949 by Greek immigrant Nicholas Lambrinides, consists of chili, beans, onions and cheese typically served over noodles (but also hotdogs because why not).

Here is Obama at Skyline Chili in Cinci, giving the “Am I On Fear Factor?” face. 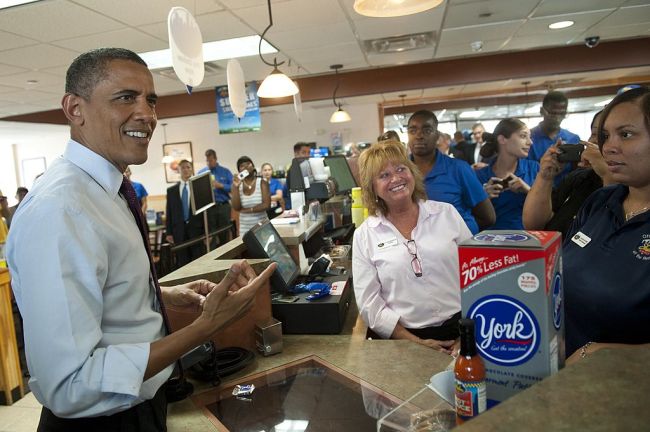 Mets play-by-play broadcaster Gary Cohen went on a crusade against the delicacy Monday night, categorizing it as “disgusting” as B-roll of the culinary process played.

“This is supposed to be food that you actually eat…You need to try everything once. What doesn’t kill you only makes you stronger. Try it once, and then you’ll never eat it again.”

Much to my surprise, there are people roaming the American streets advocating for this monstrosity.

I will not tolerate any Skyline Chili slander… literally what’s not to love about carbs, cheese, and meat on a plate together??! And hot sauce?? WHAT’S NOT TO LOVE pic.twitter.com/d2hLMXG881

Gary Cohen can go fuck himself

Thanks for coming to my Ted Talk https://t.co/uTVXLKzVys

If I ever see Gary Cohen, it’s on sight. No one slanders @Skyline_Chili on my watch. https://t.co/MTpdffHtbe

Hey Gary, fuck you bud. Come on down around these parts and I’ll have some coneys waiting for you so you can shove em up your ass. Never talk shit about my skyline again, or else. https://t.co/CyBMuau14A

As someone from the east coast who lives in Cincinnati I’m here to say: this opinion is trash. https://t.co/3COEie5MyU

I am not here for any Skyline Chili slander. It is a must have at every Reds game https://t.co/A4bKP1DRWu

This is a cultural attack https://t.co/RUOCecz5YJ

Gary, I would tell you to run and hide for cover, but all your enemies are currently on the toilet.