Mets Bench Coach Gave The Happiest Interview In History, Drinks A LOT Of Coffee Every Day 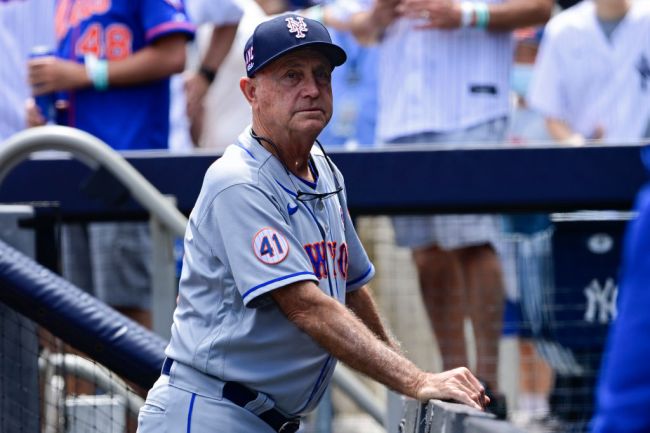 Mets bench coach Dave Jauss is not only the greatest batting practice pitcher of all-time, but he might be the happiest man in the league. The 64-year-old Chicago-native has been in the MLB since 1997.

Throughout his 24-year career, Jauss has spent time with the Red Sox, Dodgers, Orioles, Mets, Pirates and the Mets again. He was hired back to New York during the offseason and couldn’t have been more excited about it.

That was the case again on Monday night. Mets manager Luis Rojas was suspended for two games after arguing with the umpire, so Jauss took over in his absence.

New York began its three-game mid-week series with Cincinnati and it was fireworks all around. The Mets went into the 9th inning with a 6-5 lead but the Reds tied it in the bottom half.

Both teams scored a run in the 10th and Jauss’ squad busted open a 5-run inning in the 11th. Cincinnati could not answer and New York was 1-0 on the season when Jauss was the skipper.

After the back-and-forth, exciting game, Jauss met (no pun intended) with the media. He was so thrilled about the win and his joy is infectious.

"I'm happy all the time"

Jauss gave the happiest postgame interview in MLB history. On Tuesday, the day after, Rojas was asked about the press conference.

The Mets manager spoke extremely highly of his bench coach and his positive attitude. He also offered an explanation for his energy, suggesting that Jauss drinks 10-12 cups of coffee a day.

"He drinks a lot of coffee throughout the day, he's averaging around 10-12 cups a day" ☕

Luis Rojas enjoyed Dave Jauss' postgame press conference last night, and shares how Jauss is a source of knowledge for both baseball and life pic.twitter.com/egFCB2yD2S

I don’t drink coffee and I’m a Yankees fan, so I can’t necessarily relate— but I can tell you that I am forever a fan of Dave Jauss. What a legend!