On Today’s Edition Of LOL Mets: The GM Is Now Throwing Chairs 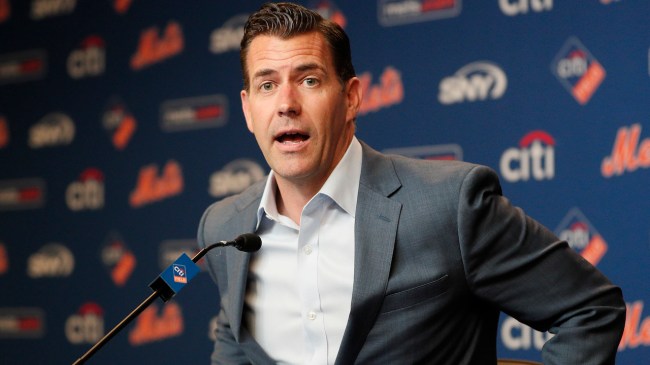 No matter who you are or where you come from, no matter the color of your skin or the religion you follow, we can all share the joy of the New York Mets’ very unique brand of incompetent hilarity.

The Washington Generals of Major League Baseball, the New York Mets — year in and year out — find new ways to lose baseball games and embarrass themselves in the process.

And the 2019 season has not disappointed thus far, especially when it comes to general manager Brodie Van Wagenen.

Van Wagenen — who is in his first season as a baseball general manager, as he previously spent the majority of his career working as an agent for Creative Artists Agency — has been doing his best to ex-communicate himself in his first season.

Head-stretching and team-crippling baseball decisions aside, reports of Van Wagenen’s conduct have made the man out to be an absolute psycho control freak.

Just two weeks after reports indicated that Van Wagenen was making in-game decisions for the team as he sat on his couch at home (across the country from where the game was actually being played, mind you), the latest rumors from the New York Post suggests that Van Wagenen got so frustrated that he threw his chair at a recent meeting.

According to the Post, the alleged incident happened after the Mets 7-2 loss to the Phillies on Friday, July 5.

An irate Van Wagenen assembled manager Mickey Callaway and the coaching staff in the coaches room immediately after the game, according to a source, and lashed out at the individuals present, bemoaning the fact Jacob deGrom’s strong performance had been wasted. Accompanying Van Wagenen at the meeting was assistant GM Allard Baird.

After ripping the coaches, according to a source, the usually mild-mannered Van Wagenen picked up a chair and threw it and told Callaway to go conduct his “fucking press conference.”

Callaway provided no hint that anything was amiss as he met with reporters following the loss. [NY Post]

Given the very public manner in which both Van Wagenen and manager Mickey Callaway have melted down this season, it would come as a surprise to no one if the Mets decided to clean house this winter … again.