On This Week’s Edition Of LOL Mets: The GM Is Reportedly Making In-Game Managerial Decisions From His Couch 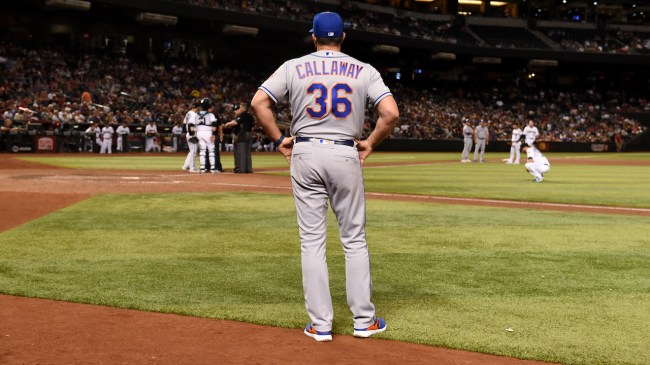 Here’s why the New York Mets are more painful to root for than any other franchise in American sports: unlike, let’s say, the Baltimore Orioles or the Phoenix Suns, the Mets have this innate ability to foster false hope as seasons begin.

While the Orioles are out of the division race before the first ball of the season is even pitched, the Mets usually open the month of April on a hot streak, causing fans out there (myself included) to wonder ‘hey, maybe this season will be different after all’.

Well, lo and behold, this New York Mets season is not different. Not at all. In fact, it may be one of the worst in recent memory.

Just a day after reports of manager Mickey Callaway and pitcher Jason Vargas exchanging words with a sports reporter, the New York Post is reporting that general manager Brodie Van Wagenen has been making in-game decisions for the team as he sits on his couch at home.

“According to an industry source, it was the rookie GM who instructed Mickey Callaway to remove Jacob deGrom from a game in Arizona earlier this month in which the Mets ace sustained a hip cramp,” the NY Post states.

“The source said Van Wagenen, who was watching the game at home on TV, communicated with a member of the Mets support staff with an order to remove deGrom from the game. Callaway complied with the order, and deGrom was visibly upset as he departed the field, certain he could continue pitching. The manager was grilled for the move, but at the time insisted the decision was his.” [NY Post]

“It really is really crossing the line. I have never seen that done, personally,” the MLB exec said.

While New York Mets officials have been quick to deny the reports of Van Wagenen’s in-game meddling, the writing is clearly on the wall that Mickey Callaway’s days in charge of the Mets are numbered.