An Mia Hamm Card From ‘S.I. For Kids’ Sold For An Absurd Amount At Auction So Dig Up Your Collection A.S.A.P. 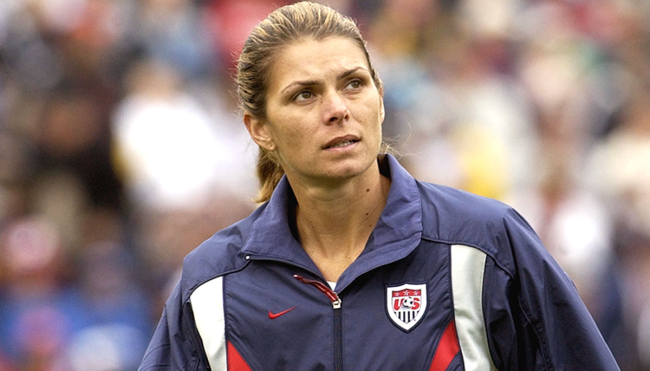 A few months ago, I escaped New York City for a few days for a much-needed trip to my childhood home. Being able to have an in-person interaction with my parents without being worried about killing them for the first time in more than a year was the primary impetus for the trek, but I’d be lying if I said I didn’t spend the entire train ride thinking about the binder of baseball cards that had been sitting in the basement untouched for a solid 15 years.

Over the past couple of years, there’s been a massive spike in interest in trading cards that have swapped hands for a truly absurd amount of money, including some of the Pokémon cards you might’ve had swiped from your desk in fourth grade as well as a plethora of pieces of paper that were printed at the start of some legendary athletic careers.

As a result, I fantasized about making my grand return to the Big Apple on a private jet after stumbling upon a largely untouched goldmine. Unfortunately, I don’t think that’s ever going to happen unless there’s suddenly a huge market for Rocco Baldelli’s rookie card.

However, it looks like I’m going to have to do some more digging the next time I visit after discovering my ticket to early retirement could come in the form of a card yanked out of the pages of an old copy of Sports Illustrated For Kids.

If you’re a Real One, you know that every issue of the magazine included a sheet of nine perforated cards honoring the athletes who were Having A Moment at the time. That’s exactly what happened when Mia Hamm made her Women’s World Cup debut in 1991, which Sports Illustrated For Kids commemorated by giving her a card in a special edition of the periodical that was published the following year.

If you happen to have one of those in your possession, you might want to get it appraised A.S.A.P., as a mint condition piece of cardboard with Hamm on the front sold for a staggering $34,400 at auction over the weekend.

A @MiaHamm rookie card sold for $34,440 over the weekend, nearly doubling the previous record for most expensive female sports card all-time. https://t.co/1TCPcPv4Dk pic.twitter.com/bxOhhw4naH

The sale shattered the record for the most expensive card featuring a female athlete, which ESPN reports was previously held by an Alex Morgan rookie card that was offloaded for $16,000. If this makes you want to sift through your old collection, you might also want to keep your eyes out for the Tiger Woods card that appeared in an issue in 1996.