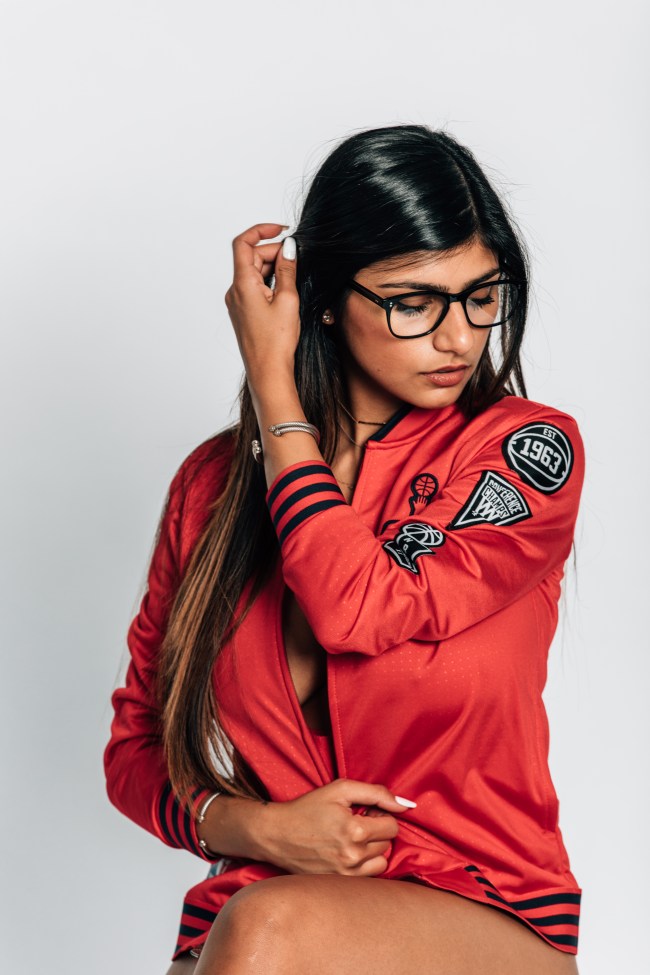 In December, Twitch.tv announced a partnership with the G-League that enables users to co-stream games. Social media influencer Mia Khalifa has a Twitch.tv channel, is calling the NBA development league’s games and averaging 100,000 views per broadcast (3 million views, 30 broadcasts). In the second half of an exclusive interview (you can read the 1st half, here), JohnWallStreet had the chance to get her thoughts on the future of sports broadcasting, the platforms she uses to watch games and her strategy for getting John Wall to the All-Star game.

JWS: Are you broadcasting these games on behalf of Twitch.tv (or the G-League) or is this a personal endeavor?

Mia: Twitch.tv approached me offering front page promotion and I was like “wait what? The G-League is on Twitch.tv?” I was excited because it was such a big step in the right direction for sports streaming. Nobody wants to be forced to sit down on their couch and watch NBC; they want to watch the game on their phone, wherever they are.

JWS: Are Twitch.tv co-streams the future of sports broadcasting?

Mia: I think the future of broadcasting is going towards people’s favorite pundits, being the ones that they listen to. Twitch is the one spearheading all of this; but I think in 5 years, people will have the option to pick who they want to listen to.

JWS: How do you watch sports? Do you stream games or watch them on television?

Mia: I do both. All my favorite teams are out of market and I have all the packages, so most of my viewing is via streaming; unless my team has the rare national broadcast game. I have 6 TVs and only 1 has cable; the rest are Apple TV and Roku. The only reason I have cable is for Rivalry Night (NHL on NBCSN), SNF and MNF; Twitch has TNF, but you can’t co-stream. Millennials are going cable-less, so sports leagues are going to have to adjust. I can name all my friends who have cable on one hand.

JWS: You are a big D.C. sports fan and actively working to get John Wall to the All-Star game. Can you discuss your campaign strategy?

Mia: I am going to win him that all-star vote single handedly, it’s my main mission in January; and I’m going to do it in the most deceptive way possible. My plan is to post really hot pictures of myself with “make @johnwall a 5-time #WallStar! RT to cast your #NBAVote” so all those retweets, by all my thirty fans, go to his all-star voting. It’s working so far.

Howie Long-Short: Amazon (AMZN) took in 37% of all game-streaming revenue (projected to be worth $4.6 billion) in ’17, with 51% coming from direct revenue streams; their percentage of the take on subscriptions, donations etc.  That statistic is particularly noteworthy when you consider SuperData had projected 69% of all revenue industry-wide to be indirect.

Fan Marino: Mia is an FSU graduate and fanatical FSU football fan. I asked if she was pleased with the hiring of Willie Taggert?

Mia: I’m excited for the Taggert era, but that’s just me trying to make Jimbo jealous. I want to see how we finish recruiting-wise this offseason, before I answer that question more openly.

For the first time in its 11-year history, Fitbit (FIT) has made an investment in a start-up; a $6 million capital infusion into the blood-sugar monitoring company, Sano. Sano uses a small “patch”, containing tiny needles that barely prick the skin, to monitor glucose; marketed as a less painful approach to monitoring alternatives. The medtech product for diabetics has not yet received FDA approval, which may be required before it can be implemented in FIT devices and sold within the U.S.

Howie Long-Short: AAPL is working on a glucose monitor that doesn’t break the skin, so marketing the product as a less painful approach to the alternatives would seem short-lived. Sano needs its patch to be the best way to monitor blood sugar levels on a consumer grade wearable; not just a less painful approach. If they can accomplish that, there would seem to be upside to the business; more than 100 million people in the United States are living with diabetes or pre-diabetes.

Fan Marino: In November, the National Institutes of Health purchased 10,000 FIT devices for their All of Us research program. The program seeks to capture biometric data across all demographics, eventually encompassing one million Americans; with the goal of accelerating research and improving health. Why did the NIH select FIT over AAPL? Their multi-day battery life!

GoPro (GPRO) CEO Nick Woodward said his company is open to “uniting with a bigger parent company” that can help it scale in size, but that it is not actively shopping itself. Woodward’s comments came after reports earlier in the day (Mon.) indicated the action camera company had engaged JPMorgan to actively explore its sale. Following release of the initial story, shares dropped to an all-time low $5.04; before rebounding to finish the day down 12.77% ($6.56). Woodward did acknowledge JPMorgan was the company banker.

Howie Long-Short: It’s been a busy week for GPRO; the company also dropped 4th quarter revenue projections by $130 million (from $470 million to $340 million), announced the layoffs of 200-300 employees as part of a corporate restructuring and its plans to close the Karma drone division. Weak demand during the holiday season and a $100 drop in the cost of the Hero6 are to blame for the lower revenue figures; while the company is winding down its drone division, citing an “extremely competitive market” and foreseeing a stringent regulatory environment that will stunt drone sales in the coming years.

Fan Marino: Shareholders disappointed in the company’s performance since reaching a high of $98.47 in Aug. ’14, will at least be pleased to hear that Woodward isn’t cashing in at their expense; he announced he’ll be reducing his salary to $1.