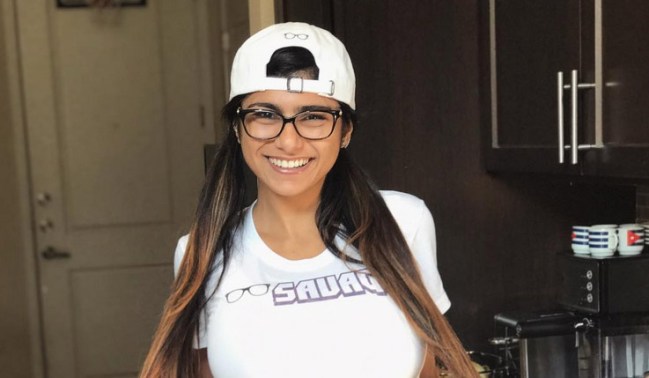 Mia Khalifa has earned herself the reputation of being a Twitter snitch. Every famous dude whose slid into her DMs has been publicly shamed to her 1.96 million Twitter followers. Just ask Chad Kelly. Wilson Contrares. Duke Williams. And Chad Kelly again.

That’s why when the former adult actress, to put it professionally, baited Steelers WR JuJu Smith-Schuster on Twitter by saying he was her “new favorite follow,” the 20-year-old knew better than to chomp on it.

I am the least of your issues @steelers

The Steelers responded, then deleted, the following:

What a bizarro world out here in the streets of twitter. The Pittsburgh Steelers & Mia Khalifa just casually throwin' jabs at each other. pic.twitter.com/dB6s0WzAvd

It’s Martavis. Please pick up, I didn’t mean what I said! https://t.co/jGw2MUVG0C

Mia is referring to Steelers wideout Martavis Bryant ripping his fellow teammate (Smith-Schuster) and then skipping out on a mandatory team meeting the next day. Bryant was demoted to scout team and will not play in the Steelers Sunday night game against the Lions.

The Steelers sit atop the AFC North by a mile, while Khalifa’s Redskins struggle to stay above .500. Wolves shouldn’t lose sleep over the opinions of sheep.