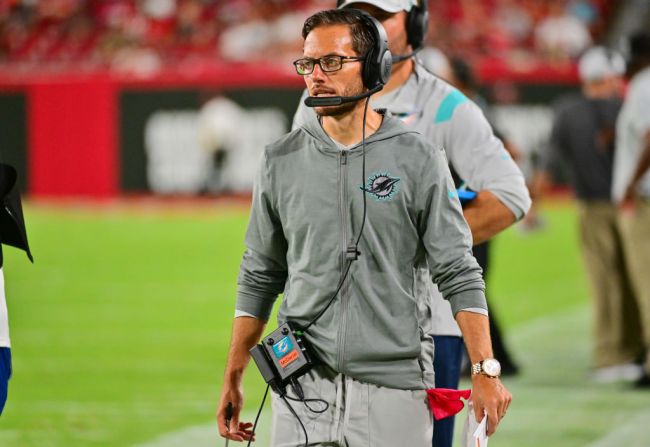 It looks like the Miami Dolphins made their new head coach very happy this offseason.

The Dolphins made a huge move to bolster their offense when they surprisingly landed Tyreek Hill in a trade to give Tua Tagovailoa the most dangerous weapon of his career.

McDaniel explained the moment he first heard that the Tyreek Hill trade might be a possibility on Le Batard:

Grier: I just got a call from the Chiefs talking about Tyreek Hill.

Mike: What?!?! Tell them they can have everything!

It’s easy to understand why McDaniel would have this reaction. Most people probably would have. Before this season, it was very rare for receivers of this caliber to end up on the trade block and when they do, the only option is to make sure you can make a deal happen.

Luckily for the Dolphins, the move didn’t cost them everything as they only ended up having to trade a 1st round pick, a 2nd round pick, 2 4th round picks, and a 6th round pick.

Hill hasn’t taken long to become a positive presence for the Dolphins as he has repeatedly hyped up Tua, who has regularly been the subject of trade rumors and scrutiny over the past year. The two seem to have built a rapport and Hill now gives Tua his best chance yet to succeed at quarterback.

It looks like Mike McDaniel had the right idea when he told the GM to do whatever he had to in order to bring Tyreek Hill to the Miami Dolphins.