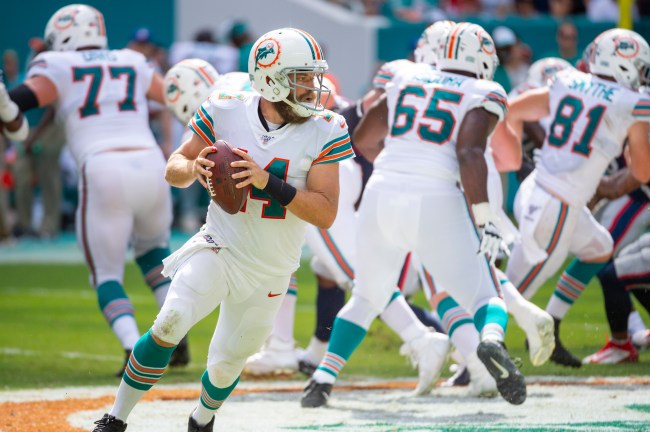 The Miami Dolphins will be busting out their awesome throwback uniforms from their 1972 and ‘73 Super Bowl championship seasons this weekend against the Chargers.

Did someone say "throwbacks?" 👀 pic.twitter.com/wcSS0qRJ1H

Apparently, the uniforms have been getting so much love from within the organization that the team is seriously considering making the throwbacks their permanent uniforms.

Well, my understanding is a lot of people within the Dolphins organization have already gotten to that same right place on the throwback uniforms. They like it more. They think it’s better.
The issue is owner Stephen Ross hasn’t given a final approval to go all in on the throwbacks. He might eventually get there, perhaps even by 2021. But not yet.

If it were up to the fans these unis would have been made permanent a long time ago.

They need to stop playing and make these permanent https://t.co/Xl58vj7x4s

Should be permanent. (At the very least, return to the old color scheme.) https://t.co/1gBrm2pH0P

These should be their primaries https://t.co/BeDZCxBkrA