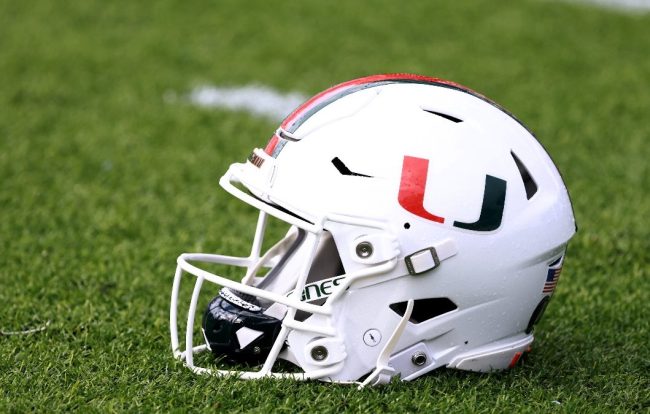 The college football landscape has been bonkers lately and the Miami Hurricanes are trying to capitalize. They’ve done a great job in attempting to restore the program as they hope to become a competitor once again. It’ll be a tough journey, but the Hurricanes clearly have high aspirations with a potential new stadium design.

Okay, but for real the stadium looks sick. It’s structured like a spaceship, similar to SoFi Stadium the LA Rams and Chargers use. It looks like the perfect place for the Hurricanes to call home. However, it’s absolutely massive. Miami is proposing to build a stadium that seats 60,000 college football fans, which is only 5,000 less than the Miami Dolphins’ Hard Rock Stadium.

A look at the proposed stadium for the Miami Hurricanes.

Although it looks amazing, college football fans couldn’t help but rip the potential design apart. Many are pointing out the fact that the Hurricanes are too small of a school and too mediocre of a team to have such a lavish stadium.

And to not even fill the stadium😂 pic.twitter.com/eRXDjcbbRz

how will they fill the other 55k?

Just to get 20k there every game lol

We’ll see if this stadium design holds up for the Hurricanes. The program is rather ambitious, but for good reason. Between the NIL deals, conference realignment, and new head coach Mario Cristobal leading the way, Miami hopes they can become competitive again and pack a house with 60,000 college football fans.