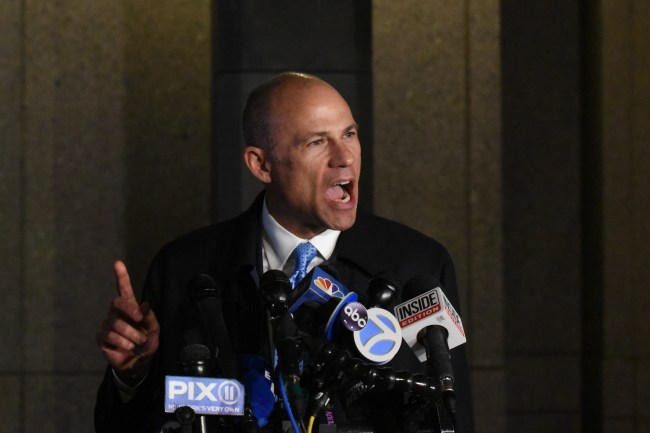 Yesterday afternoon Stomi Daniels’ former lawyer and noted Trump critic Michael Avenatti was arrested for allegedly attempting to extort Nike for $20 million by threatening to release “damaging” information if he didn’t get paid.

Avennati was released on bail late into the night and he proclaimed his innocence during a press conference.

“I will be fully exonerated and justice will be done.” Michael Avenatti, former lawyer to Stormy Daniels, claimed his innocence just moments after leaving a federal courthouse where he was charged today with trying to extort $20+ million from Nike. https://t.co/L2hzs1IspI pic.twitter.com/UchcSSxxcj

I want to thank all of my supporters for your kind words and support today. It means a lot to me. I am anxious for people to see what really happened. We never attempted to extort Nike & when the evidence is disclosed, the public will learn the truth about Nike’s crime & coverup.

Avennati went on to release the information that he had against Nike claiming that both Deandre Ayton and Bol Bol took money from the shoe company while in college.

Contrary to Nike’s claims yesterday, they have NOT been cooperating with investigators for over a year. Unless you count lying in response to subpoenas and withholding documents as “cooperating.” They are trying to divert attention from their own crimes.https://t.co/chJEhbsxTH

Ask DeAndre Ayton and Nike about the cash payments to his mother and others. Nike’s attempt at diversion and cover-up will fail miserably once prosecutors realize they have been played by Nike and their lawyers at Boies. This reaches the highest levels of Nike.

The corruption at Nike was rampant with Merl Code and increased with his apprentice DeBose after Code left for Adiddas. Those above DeBose knew all about the payments. Nike conspired to route many of the payments through a convicted felon. Nike then lied to the government.

Bol Bol and his handlers also received large sums from Nike. The receipts are clear as day. A lot of people at Nike will have to account for their criminal conduct, starting with Carlton DeBose & moving higher up. The diversion charade they orchestrated against me will be exposed

If Nike was cooperating with the government for over a year relating to this scandal (they weren’t – this is a lie), where are the disclosures in their SEC filings? There are none. Wait until the SEC begins their investigation & starts asking why Nike hid this info from investors

We’ll have to wait and see