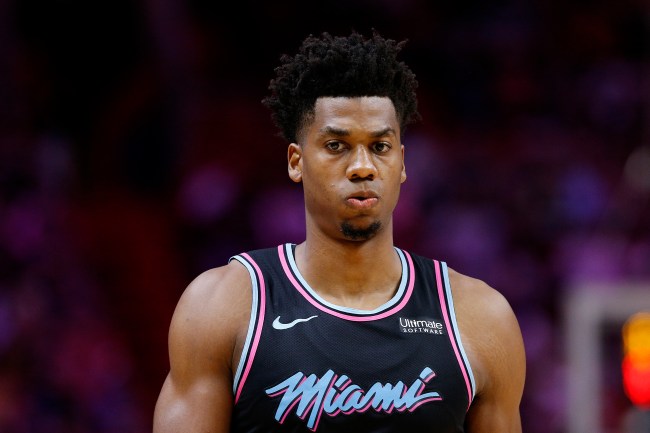 According to the Times Avennati stole $2.75 million hush money payment made by Whiteside to his former girlfriend to settle a potential lawsuit.

Alexis Gardner, Whiteside’s former girlfriend, hired Avenatti to negotiate a settlement of a potential lawsuit against the Heat center in 2017. The nature of Gardner’s allegation is unknown. Avenatti struck a $3 million deal, and Whiteside wired $2.75 million as a first payment.

Prosecutors allege that Avenatti hid this payment from Gardner and used the money to buy a share of a private jet.

Whiteside and his former girlfriend both released joint statements following the report.

“We entered into a mutually agreed upon settlement more than two years ago following the end of our relationship; a settlement that reflected Alexis’ investment of time and support over a number of years as Hassan pursued a career in the NBA,” Whiteside and Gardner told the Los Angeles Times in a statement released by his agent.

“It is unfortunate that something that was meant to be kept private between us is now being publicly reported. We have both moved on amicably and wish nothing but the best for each other.”

Avennati is apparently being accused of stealing money from several clients.

Gardner is one of five clients whose money prosecutors say Avenatti stole. One of the others, Geoffrey Ernest Johnson, was a mentally ill paraplegic on disability who won a $4 million settlement, but received just $124,000 from Avenatti.
Avenatti indicted on 36 charges of tax dodging, perjury, theft from clients »
The grand jury alleges that Avenatti embezzled about $4 million from another client, Michelle Phan, a makeup artist with 8.8 million YouTube followers.

The charges against Avenatti aren't new. What is new is how the Miami Heat's Hassan Whiteside is involved in Avenatti's case.

You don't pay a woman $3 million through an attorney after a breakup unless something criminal happened. Will the NBA be looking into this? #Whiteside https://t.co/441pPMggts