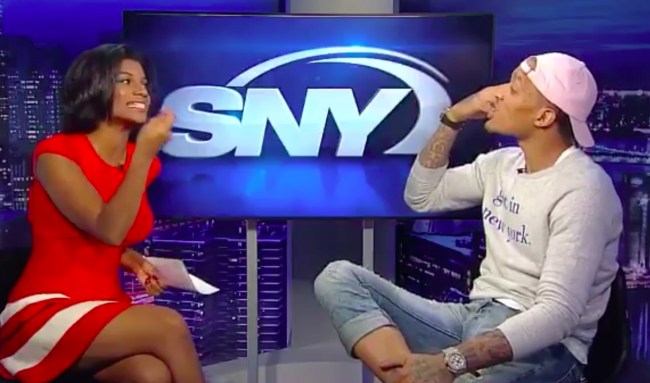 Michael Beasley is a perennial journeyman who has played for six NBA teams (and two Chinese clubs) over the course of his basketball career. Thanks to multiple off-the-court incidents, he’s also been painted as a bit of a stoner— a reputation he has recently tried to distance himself from.

However, a recent interview he did with SportsNet New York’s Taylor Rooks probably isn’t going to do him any favors. In the following clip, Beasley spends two minutes trying to explain… something about the human brain. You really have to watch it to get the full effect:

From Michael Beasley podcast…we debated & disagreed about this (& much more) for at least 15 min. WHO IS RIGHT? 😂https://t.co/2Bess1WpN2 pic.twitter.com/VrnggG7Bk1

The interview— which centers around the incorrect claim that humans only use 10 percent of their brains— is a treasure trove of amazing quotes from Beasley, including:

I salute Rooks for somehow managing to keep things from going totally off the rails. Beasley left Kansas State after his freshman year of college, and based on this interview, he might want to go back to school once his playing days are up.