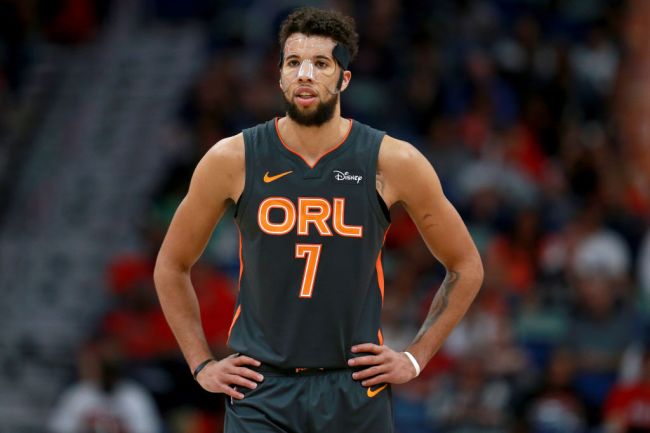 Since December, NBA drug testers have been waiting by the phone watching Big Bang Theory re-runs after the league implemented a new rule that they would stop testing its players for marijuana going forward.

That’s a good thing for Orlando Magic guard Michael Carter-Williams, who appears to be dabbling in that Swole Diesel.

Toto, we’re not in Syracuse anymore. 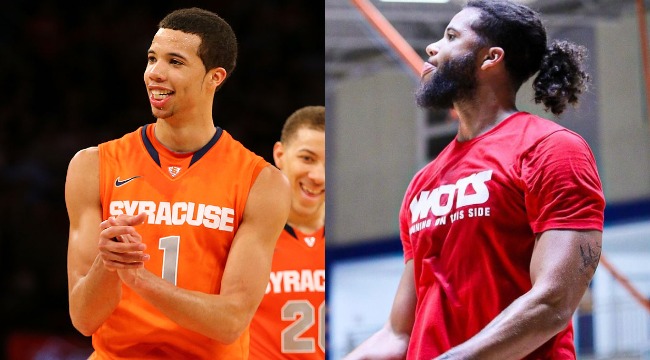 Teammates and fellow NBA players took notice of the Carter-Williams’ body transformation in the IG comments.

“Bruh been on his prison workouts lol”

“no lie bro. I just got a call saying they coming to the crib tomorrow. I swear on everything.”

The former Rookie of the Year then posted a video to his IG stories featuring him opening the door for an older man, presumably the NBA’s human drug-sniffing dog. He was there within 24 hours of the photo being posted.

You can watch it in the second slide of the video below.

Somewhere in a dark weight room, Mike Bibby is twirling his mustache.

On a scale of 1-10, how JACKED is Mike Bibby 😳💪 pic.twitter.com/cnjLHJpe4n