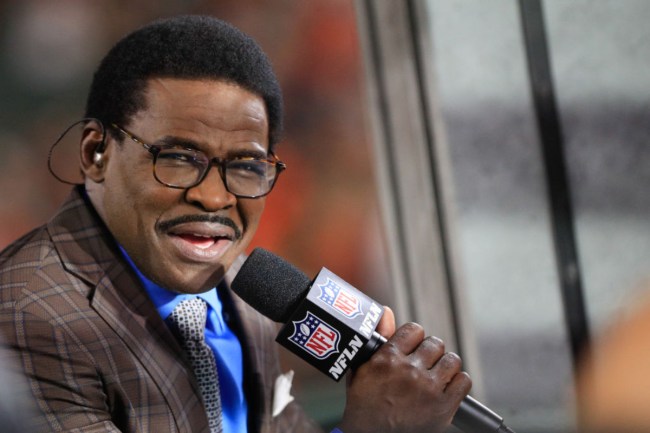 Things went from ‘why did the Cowboys run a QB sneak play at the end of the game’ to ‘ is Mike McCarthy the man for the job’ in a matter of seconds for Cowboys fans following their playoff loss to the 49ers.

While plenty of Cowboys fans want to see McCarthy get fired, Dallas legend Michael Irvin hasn’t reached that boiling point yet. However, he made it clear that if the Cowboys could somehow lure one of his dream three head coaches to the Lonestar state then he’d be all for canning McCarthy.

Irvin wants to see the Cowboys hire Sean Payton from New Orlean, Bill Belichick from New England, or Kyle Shanahan from San Francisco. He’s living in dreamland if he actually believes any of those three would come to Dallas right now, but a man can dream, I suppose.

The Pro Football Hall of Famer laid out his list of dream coaches, and talked about McCarthy’s status, during a recent appearance on WGNO.

“Look at what we are in right now, everybody gets through all these coaching changes – cycling them in and cycling them out – trying to find that guy,” Irvin began.

There is a zero percent chance Belichick doesn’t retire from the NFL as a Patriot. Sean Payton certainly seems to enjoy being the man in charge in New Orleans, and will likely end his career there.

Shanahan is the likeliest of the three to ever come to Dallas as he’s the youngest of the bunch, but he too seems to be doing just fine in San Fran.

McCarthy isn’t going anywhere, at least not yet, but it’s nice to know Irvin thinks Dallas has a shot at luring one of those three guys to coach the Cowboys.