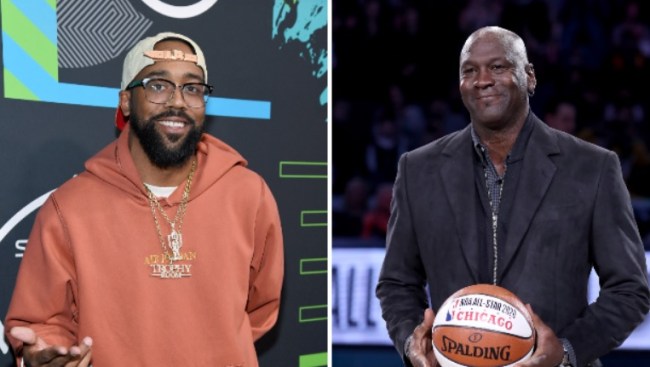 Michael Jordan has been so successful in business that he can pick and choose whatever projects he wants without any concern for money.

Earlier this week, Jordan’s agent David Falk appeared on WFAN’s “Boomer and Gio,” and told the amazing story of how MJ decided to turn down a $100 million offer for a two-hour event.

I brought him a deal three years ago for $100 million. All he had to do was, other than giving his name and likeness, make a one two-hour appearance to announce the deal and he turned it down,” Fa

“God bless him. He’s been so successful, it gives him an opportunity to do whatever the hell he wants or not to do things he doesn’t want. I really admire that. He’s very, very selective in the things he wants to be involved in.”

Even Michael’s son Marcus was taken back by Falk’s story and joked that he would have talked his dad into taken the deal for a small cut.

Shoooot, shoulda hit my line!! I coulda finessed this💰“🥺Dad, I got a huge event imma need you to slide to😏🤫😆 https://t.co/YiWusZUSYw