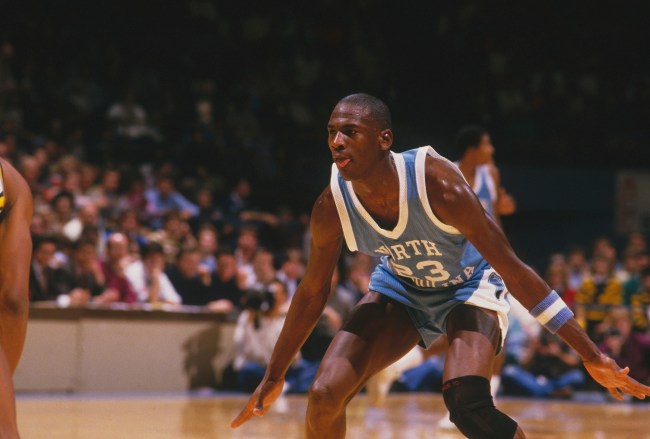 We’ve always known that Michael Jordan was an absolute freak of nature but his athletic accomplishments are still astonishing to this day.

Roy Williams, who was an assistant under Dean Smith during Jordan’s college career, recounted an amazing feat of Jordan’s athleticism to Colin Cowherd on Tuesday afternoon.

According to Williams he had MJ run a 40 yard dash during his sophomore year in college and he was blazing fast.

His freshman year, he was really athletic and fast. He was like a 4.5. I’ll never forget this, his sophomore year, he ran the 40-yard. Me and coach [Bill] Guthridge and our trainer Mark Karns. We all three had hand stopwatches. We’re not professional timers by any means, but he crossed the line, I looked and I said, ‘Wow. Coach Guthridge, what’d you get?’ He looked at me and Mark said, ‘I got 4.39.’ And coach Guthridge said, ‘I got 4.38.’ And I said, ‘I did too.’

To put Jordan’s 40 yard dash time into context only 4 NFL draft prospects this year ran faster than a 4.38 at the combine and none of them were nearly as tall as MJ.

Jordan seemed to confirm Williams’ story during an old interview with Roy Firestone.