Michael Jordan Was So Popular In The ’90s That He Had To Grocery Shop During Special Hours, Per Former Teammate 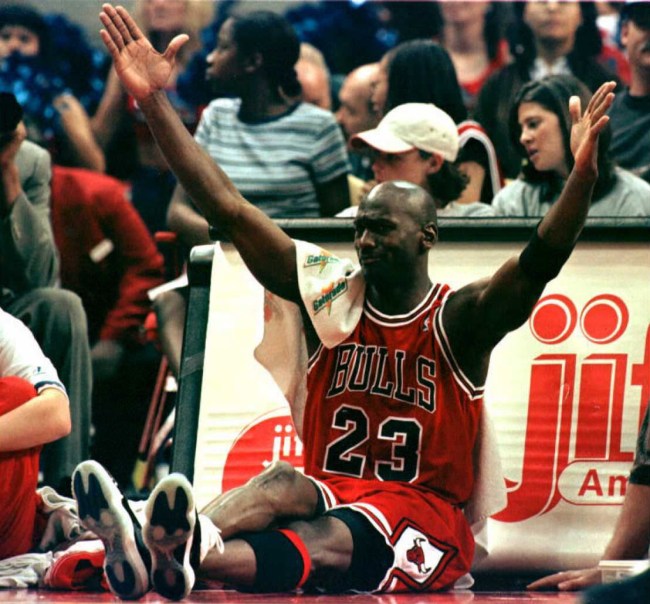 During the peak of his NBA career, Michael Jordan was the celebrity of celebrities. Honestly, when you think back to the ’90s, does anyone come to your mind before MJ in the pantheon of celebrity status? Maybe Michael Jackson. Possibly Will Smith or Tom Cruise. I could toss then President Bill Clinton in there as an option. But, honestly, it was Jordan’s world, and everyone was just trying to live in it.

Given that wild amount of popularity, it probably made it pretty difficult to accomplish even the most simple of tasks, right? I mean, Michael Jordan couldn’t just go for a walk around the block without getting hounded by fans. He couldn’t step inside an empty coffee shop without being recognized. He probably couldn’t even check his mail at the end of his house’s driveway without somebody trying to take a picture of him. Sounds like a pretty difficult lifestyle, and one that Jordan mentioned in one of the episodes of The Last Dance as something he struggled with.

While all those little tasks mentioned above were tough for Jordan to get done, another one that we all take for granted, grocery shopping, was something he had to be creative about in order to do. And, according to Michael Jordan’s former Bulls teammate, Brad Sellers, His Airness found a unique way to pick up the essentials like food and toiletries without being mobbed by people.

Sellers, who recently spoke with Jerry Bembry of The Undefeated, described the special treatment Jordan received in order to grocery shop — and, oh man, it sure was first-class stuff. Take a look below.

“You saw MJ doing laundry in the first few episodes and that was him back then, the country side of him, just living like a regular dude,” former teammate Brad Sellers said, per Jerry Bembry of The Undefeated. “But he just got bigger and bigger in basketball and to a point where he couldn’t go out. I remember saying to him one day, ‘Hey, M, how do you eat?’

“… He told me he would call Jewel-Osco [a grocery chain] about 15 minutes before they closed, and let them know he was coming in. They would stay open later to let him shop.”

Sellers said Jordan would then tip the staff who stayed and allowed him to shop.

“He wasn’t making no $30 million a year; I’m sure at that time he was making less than a million,” Sellers said. “But it was a lot of money at the time and he made sure that he took care of people.”

If ever there was a “holy shit, I’m famous AF” moment, getting that kind of service just to grocery shop has to be it. Imagine Michael Jordan having to go down to get something simple like milk and eggs for an omelet, and, instead of fighting any crowds at all, he’d just hit up the store and let them know he’d stop in after hours. That’s the definition of being a VIP.

Still, being a celebrity as big as MJ was in the ’90s sounds exhausting, and, as he’s revealed in the ESPN documentary about his time with the Bulls, that kind of popularity wasn’t always fun. Something tells me that having to go through such security just to get a few things at the store was part of that.