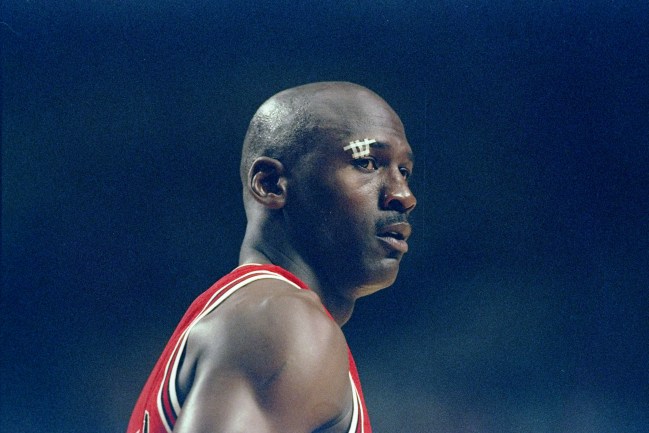 Michael Jordan was the F’in man back in the day, guys. For all you ’90s kids out there, you know exactly what I’m talking about. From his tongue-wagging thing he did when he was about to embarrass a defender, to his competitive nature to, of course, his shoes, nobody touched Mike back when Mike had it.

As a kid who was absolutely obsessed with Michael Jordan growing up, I remember literally crying when he retired in 1993 while in third grade, then again after he walked away from the Chicago Bulls again in 1998. Sure, MJ returned to play a couple seasons with the Washington Wizards while he was a part owner, but it was with the ’90s Bulls — where he won six titles in eight years — that he really made his mark.

Well, in an incredibly anticipated documentary, Jordan’s final season with the Bulls was captured on video by a few lucky (and select) video folks, who are piecing together a 10-part 30 for 30 for ESPN that will debut in 2020. While it may not be released for another 13 months, at least, ESPN’s Twitter account still released a trailer for the movie, which is titled “The Last Dance” — and, oh yeah, it looks F’in amazing. Take a look below.

"The Last Dance," a 10-part documentary series will chronicle Michael Jordan and the 1990s Chicago Bulls, one of the greatest icons and most successful dynasties in sports history, will debut on ESPN in 2020. pic.twitter.com/B72ljh5GbE

From interviewing Jordan to his (now) Hall of Fame teammates, like Scottie Pippen and Dennis Rodman, the entire trailer looks dramatic. As someone who remembered watching that ’98 Chicago Bulls team play on WGN back in the day, it’ll be interesting to see some of the behind-the-scenes stuff that really went on.

Given Michael Jordan’s obsession with competition and his high standards for those who he played with — as well as all the stories about him verbally and, in some cases, physically, attacking teammates during practices — I’m expecting this 30 for 30 to be the best one yet. Yep, even better than the OJ Simpson one from a couple years ago that won an Oscar. Sucks we’ve got to wait till 2020 for “The Last Dance”, but here’s to hoping ESPN continuing to tease us throughout the next year with things like the above, because, if you’re a sports fan, you’re going to watch this no matter when it’s available.