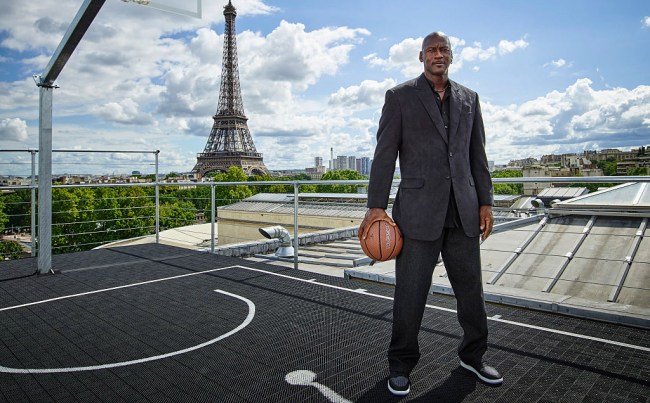 Charlotte Hornets guard ​Dwayne Bacon, like many 23-year-olds on their night off from work, decided to hit the club. Unlike most 23-year-olds, however, Bacon’s boss is The GOAT Michael Jordan.

And being The GOAT, Jordan, even at age 55, can still do things like hit up the club right alongside his players, resulting in surreal things like seeing him bumping around the dance floor with a cigar in his mouth.

Which is exactly what happened to ​Dwayne Bacon, who, like most 23-year-olds, absolutely had to document this once-in-a-lifetime moment on video. (Can’t really blame him. How does this happen?)

The only thing that could possibly make that video any better would be if while MJ was doing the wobble he was also simultaneously slapping Malik Monk on the head.

Naturally, with a moment as amazing as this, it elicited some excellent reactions from people on the internet.

Michael Jordan doing the wobble is something I thought I’d never see but glad I did. https://t.co/xI3XPQXiGj

I just saw Michael Jordan hit the Wobble dance in the club. pic.twitter.com/egdYbgiurG

Imagine walking into a club and seeing the dance floor lit, The Wobble starts and in the middle of EVERYTHING is Michael Jordan in a black leather jacket smoking a cigar killin the dance 😩😩😩😩😩

If these are the videos we're getting of Michael Jordan at age 55, imagine the social media content we would've had when he was 25. https://t.co/3Epf3gu3B7

Ain’t that the truth. The internet would have been on fire if there was social media when he and guys like Charles Barkley were playing.

One more time… in slow motion…

The GOAT, ladies and gentlemen.