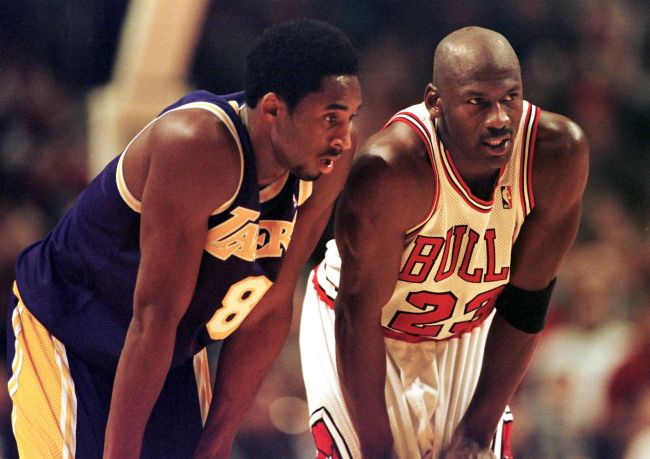 Tequila and ruthless competitiveness. Those were the topics of the final text exchanges between Michael Jordan and Kobe Bryant, two of the greatest athletic icons of all-time.

In an interview with ESPN’s Jackie McMullan, MJ detailed the conversation that occurred on December 8, 2019, with McMullan claiming Jordan still cannot speak of Bryant without “a little hitch in his voice.”

In an interview with ESPN’s Jackie McMullan, Michael Jordan revealed his final texts with Kobe Bryant on Dec. 8, 2019.

Amazing exchange between two of the greatest players ever ❤️🐐🐐 pic.twitter.com/IKmpznbF9e

“This tequila is awesome,” Kobe texted, referring to Jordan’s Cincoro Tequila, a bottle of which was sent to Bryant at the launch.

“Thank you, my brother,” Jordan responded.

Jordan smiled, then decided to have a little fun. “He was really into coaching Gigi,” MJ explains, “so I hit him up about that.”

“Happy holidays,” Jordan texted back. “And hope to catch up soon. Coach Kobe?!?”

“I just love that text,” Jordan says, “because it shows Kobe’s competitive nature.”

[RELATED: Watch A 17-Year-Old Kobe Bryant Execute ‘The Most Athletic Mikan Drill You’re Ever Going To See’ During A Pre-Draft Workout]

Jordan’s remembrance comes a full year after speaking at Kobe Bryant’s memorial service in February 2020, where he openly cried about the loss of his “little brother.”

“I was thinking, at first, I might be a little somewhat nervous about it, but then I realized I’m not going to be nervous about showing emotions for someone I absolutely loved,” Jordan says. “That’s the humanistic side of me — people tend to forget I do have one.”

"When Kobe Bryant died, a piece of me died."

Michael Jordan, a close friend of Kobe Bryant, wiped tears away as he spoke at the NBA legend's memorial service. https://t.co/QNxOZMLziQ pic.twitter.com/n7bydR23kT

“He was just so happy,” Jordan says. “He was doing so well.”