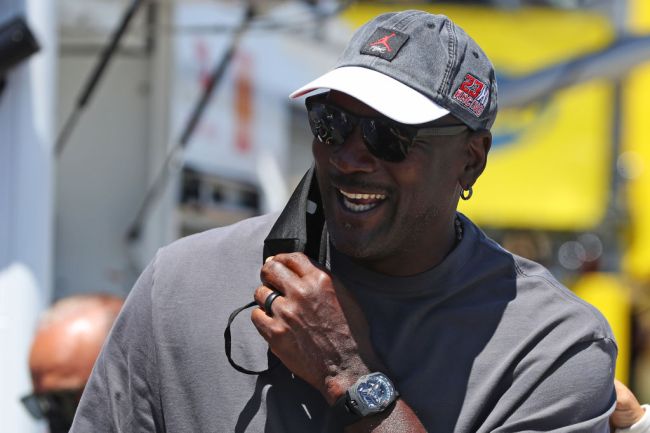 It’s safe to say that Michael Jordan was pleased to see the news that Lionel Messi would be leaving Barcelona and signing with PSG. See, Air Jordan manufactures PSG’s kits and according to Front Office Sports, Jordan himself gets a cut of the club’s shirt sales.

We’re not talking about a small cut, either. Jordan has already made over $7 million in just two weeks off of shirt sales. MJ reportedly gets 5% of shirt sales from PSG, which 5% is quite a bit given the fact that Messi kits have already pulled in over $100 million. Not to mention the extremely popular kits of PSG teammates Neymar and Kylian Mbappe.

Michael Jordan has made over $7 million in two weeks because of Leo Messi, per @TyCsports 💰

Air Jordan manufactures jerseys for PSG, and MJ gets a 5% cut of the club's shirt sales.

Messi kits have already pulled in over $100M. pic.twitter.com/llkyuhXxCW

Related: The Messi Effect: PSG Added More New Instagram Followers In One Day Than Any NFL Team Has In Total

It’s incredible, and mind-blowing, to think how perfect MJ positioned himself in this scenario. Air Jordan has manufactured PSG’s kits for a few years now, and there was no indication when the deal started that Messi would ever leave Barcelona, but here we are.

Messi is set to make over $40 million per year with his new deal at PSG. While Jordan won’t be making that much off of shirt sales, making millions for doing absolutely nothing is not a bad way to live.

That $7 million that Jordan has already pulled in will likely reach the double-digit mark throughout the season, especially if PSG makes a run in the Champions League, which it absolutely should this year.