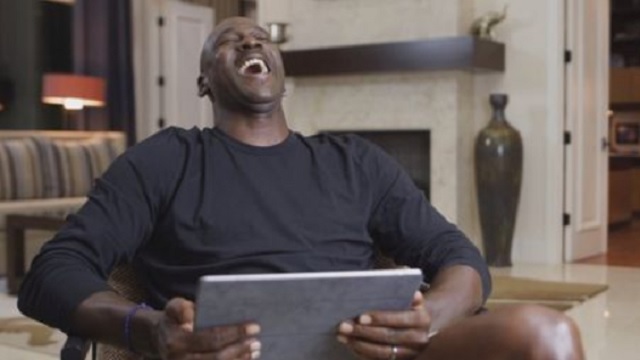 Being the son of the greatest basketball player to ever grace the hardwood floors has its perks but those perks have limits and didn’t help Marcus Jordan who took to Twitter on Tuesday night to complain about his Internet service.

My internet is🗑🚮 rn

One fan wondered why Michael Jordan’s son could be having internet issues considering how famous his father is.

Which led to the hilarious replay by Marcus.

Marcus’s reply to the fan became an instant meme as fans delivered hilarious comments to the exchange between the two on Twitter.

“the Internet was slow for my son…. so I dropped 60 on that mf’er” pic.twitter.com/LoUOcQwcoI

Comcast is done for pic.twitter.com/ubvLdNqDd7

"Yo MJ, get your boys some better internet"

Ion know if Jordan is ok with IT support pic.twitter.com/yQEawsCibp

When your one of the richest men, but your son's internet still not working. pic.twitter.com/0YlhBEWlej

this is what he pictured when he said
“bro your dad is Michael Jordan” pic.twitter.com/yr0s85I3i4

Your dad is the 2nd greatest basketball player of all time. Surely he can do something about it.

😅Your dad read this and said: pic.twitter.com/0lDrmdruzq