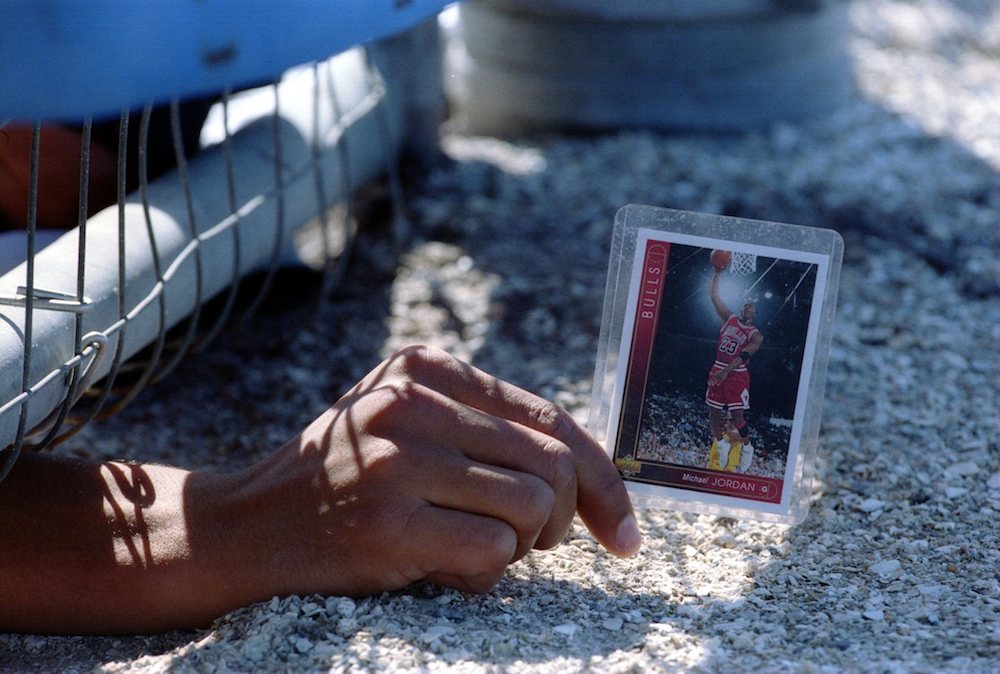 The Last Dance is not only turning Michael Jordan into a cultural icon – again – but the documentary series once again catapulted the basketball superstar into the top spot of in the sports memorabilia business.

Last week, we talked to the co-founder of a company selling shares in Michael Jordan’s rookie card and other memorabilia and it was evident that the series was helping make bank for a ton of people.

MarketWatch is reporting that “the average one-day sales for Chicago Bulls items following the premiere of The Last Dance spiked a staggering 5,156% over what they averaged at the beginning of April” and “searches for Jordan autographed basketballs and trading cards also spiked by over 50% during that period.”

The website reached out to Brandon Steiner, the founder of Steiner Sports Memorabilia. Steiner now runs the CollectibleXchange marketplace.

“Let’s be clear here, Michael Jordan, we all should be giving him a check,” Steiner told MarketWatch. “He lifted sport licensing onto a legitimate level. It was practically nothing before he got into the game.”

Steiner explains that before Jordan, sports memorabilia was a regional business. Milwaukee Bucks jackets were sold only in Milwaukee and Orlando Magic autographed basketballs were mainly sold in Florida. With the emergence of Jordan, memorabilia exploded nationwide because everybody loved Jordan.”

Steiner explained that Jordan was so popular because he appealed to a wide demographic of hardcore and casual basketball fans.

Local10 in Florida caught up with a collector who possibly has the most impressive ticket stub collection in the world, all centered around Jordan’s playing days in Chicago.

Andrew Goldberg is trying to collect every ticket stub from every game Jordan ever played.

“Prior to ‘The Last Dance’ the non-key Jordan game stubs cost anywhere from one dollar to $15. Other more significant games could run in the hundreds of dollars, but he says a key game, like Jordan’s debut game, could run over $30,000 to obtain.”

eBay has also seen a 151% spike in purchases of Michael Jordan cards since The Last Dance debuted. The website now has a dedicated area just for Jordan merch.