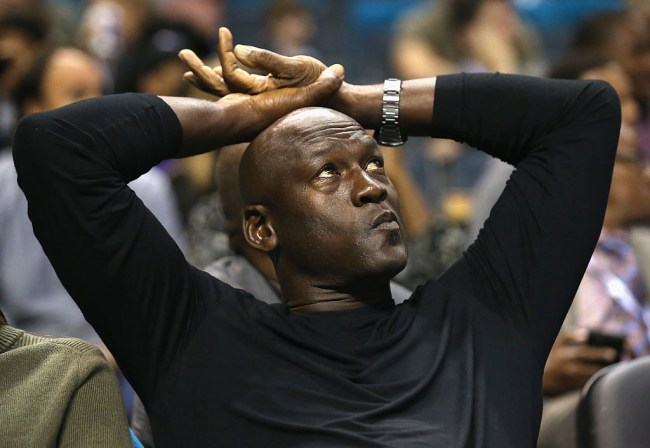 Michael Jordan has come up with the ultimate way to “play through.”

Michael Jordan already has his own private, tricked out basketball court in New York so it only makes sense that he’s want his own private golf course as well.

According to several sources with ties to Jordan, the basketball legend is exploring the possibility of building his own private club in Florida, an exclusive retreat with a tiny membership hand-picked by His Airness himself.

Golf.com goes on to say that Michael Jordan is mainly interested in building his own course because he “has grown frustrated with pace of play” at The Bear’s Club in Jupiter, Florida owned by Jack Nicklaus, where Jordan also owns a reported $12.4 million home.

“Michael likes to play fast and he can’t stand it when people won’t let him through,” said a golf-industry insider who knows Jordan and who has spoken with several Bear’s Club’s members. “That happens enough out there that he’s gotten fed up.”

Jordan’s club reportedly will probably have “fewer than a hundred” members consisting of “fellow athletes, buddies, and other people who come highly recommended,” according to their source. Knowing Jordan, they all better play fast or they’ll have to suffer his wrath.

Too bad Charles Barkley apparently won’t be one of them.