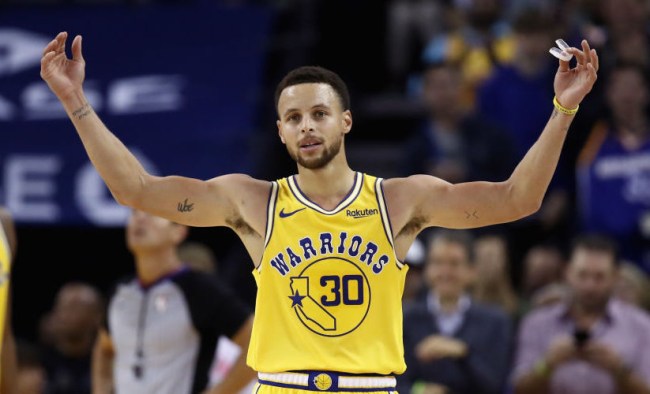 One of my favorite parts of the NCAA Tournament is when relatively unknown players from relatively unknown schools put on an absolute clinic, which is exactly what Steph Curry did when he led the 10th-seeded Davidson to the Elite Eight in 2008.

Curry was eventually picked up by the Warriors with the seventh pick in the draft the following year and I think it’s pretty safe to say it’s worked out pretty well for all parties involved.

Over the course of his ten seasons in the NBA, Curry has managed to secure three championships, take home two MVP awards, and get named to the All-Star team six times while also cementing himself as one of the—if not the—purest shooters in the history of the league.

As his résumé shows, Curry doesn’t really have much to prove, and while it’s doubtful he’ll be retiring at any point in the near future, I don’t think it’s too much of a stretch to say he’d have a pretty good shot at being immortalized in the Hall of Fame if he (for some reason) decided to retire today.

However, there’s at least one person who doesn’t feel the same way: Michael Jordan.

Jordan recently addressed the topic on The Today Show, where Craig Melvin asked him if he’d update his list of the guys he’d team up with if he were to play a game of pickup (he previously said he’d go with Hakeem Olajuwon, Magic Johnson, Scottie Pippen, and James Worthy).

After Jordan said he wouldn’t change a thing, Melvin noted the lack of current players on that roster and pressed the issue by bringing up Curry to His Airness, and while Jordan said he respects the player’s skills, he apparently doesn’t believe he’s earned a spot in Springfield.