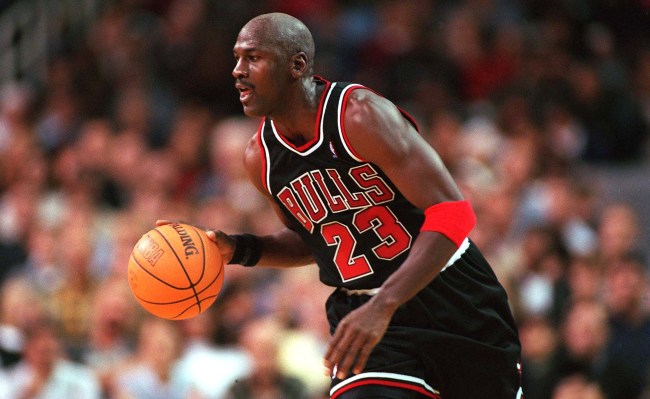 With literally every sport shut down one could certainly do worse than go back and watch some of Michael Jordan’s greatest games. People don’t call him the GOAT for no reason.

And now with theaters shutting down and movie studios beginning to release new films on demand, many sports fans have been begging ESPN to push production and release their upcoming 10-part Michael Jordan documentary called The Last Dance.

Previously announced as debuting in June 2020 on ABC and ESPN, The Last Dance was rumored to be getting an early release after new commercials, instead of giving the June premiere date, just said “Coming Soon.”

Sadly, on Tuesday it was reported that ESPN is unlikely to move up the release of The Last Dance as it simply is not finished yet.

Bad news. Doesn't look like ESPN will move up release of 'The Last Dance' Michael Jordan Bulls doc: 'The reality is that the production of that film has not yet been completed, so we are limited there at the moment. Obviously, you can’t air it until it’s done,' says Burke Magnus.

Too bad, because a video shared on Monday by David Astramskas of Ball Is Life showing what he says is a clip from one of the original cuts of Michael Jordan The Last Dance movie made over a decade ago has us super pumped to see ESPN’s final product.

“I would never say I was cutthroat. I was a competitor,” Jordan says in the clip. “I didn’t really care If I broke him. If they did get broken then they are not going to be helpful to us when we need them the most.”

"I would never say I was cutthroat. I was a competitor."
"I didn't really care If I broke him. If they did get broken then they are not going to be helpful to us when we need them the most."

And that, folks, is why MJ is and always will be the GOAT.

This dunk by Michael Jordan is one of the most underrated in contest history.

12 years before Vince's elbow dunk, MJ jumped off 1 foot, pumped it, head at the rim, reversed it & put his arm in the rim. He didn't hang but could have.

Judges gave him a 47! pic.twitter.com/VzNriurN2V