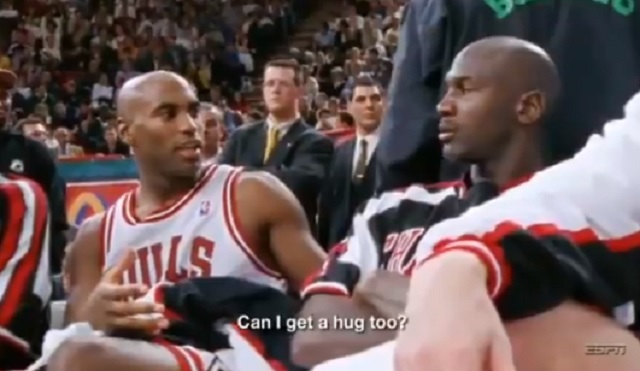 Michael Jordan is widely considered the greatest basketball player of all-time but he also has a reputation for being insanely competitive and pushing his teammates to their limits.

Before the release of the “The Last Dance” Jordan worried that the doc was going to make him look like a “horrible guy”.

In just the very first episode of ESPN’s doc, we got to see some interesting moments of Jordan being a bit of an asshole behind the scenes.

Here’s Jordan giving a French reporter who asked him for an autograph the stink eye.

Jordan's face at "would you mind signing this" pic.twitter.com/0jNnIdl3XP

We also saw MJ go at his teammates in that first episode.

"Jerry, you want to do some layups with us? They gotta lower the rim." pic.twitter.com/K2ClTGm4me

Hopefully, the rest of the “Last Dance” shows us more of this raw uncut MJ considering we’ve seen the cookie-cutter version of him throughout the years.