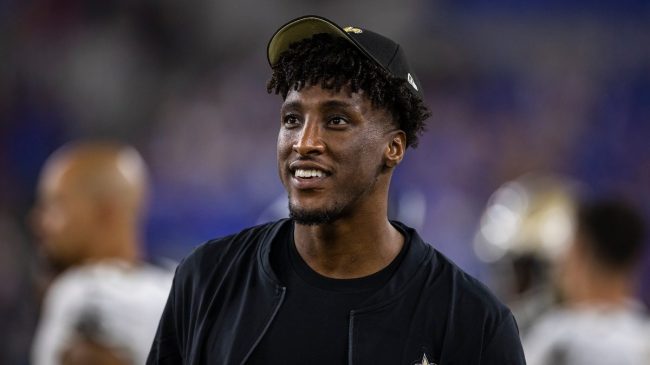 The 2022 NFL season is finally upon and the New Orleans Saints seem more than prepared. They have a solid roster throughout as they hope to surprise the NFC South and usurp the Tampa Bay Buccaneers. It’s been a while since we’ve seen Michael Thomas hit the gridiron, but his latest comments have the fanbase buzzing.

Michael Thomas Is Fired Up For The Saints 2022 Season

It’s been well over a year since Thomas has played a game of football. However, he’s in line to finally return and give the Saints the help they need in the passing game. Michael Thomas is clearly itching to get back to action, as he goes on to say, “I believe in my talent. I believe in myself…The good thing about this game is you can put it on display on Sunday, and I can’t wait to put it on display.”

That has to be music to Saints fans’ ears. It’s felt like forever since Michael Thomas took the field. It was hard to watch the passing game last year, as the wide receiver room was clearly missing its star. As you can see, the fans are over the moon with this message.

No words are even needed.

He who cannot be guarded.

Michael Thomas is HIM.

This should be a fun season for the Saints. Their defense stacks up nicely and the offense has plenty of weapons. Having Michale Thomas back in action surely helps their chances of making a run for the playoffs.