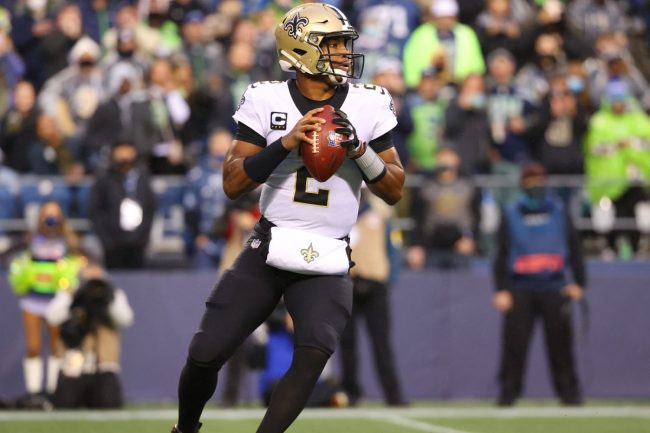 Jameis Winston is one of the most hilarious players in the NFL. Many times, it seems he’s not even trying to be funny, but he winds up saying something that makes everyone lose it.

That very thing happened on Wednesday after a Saints practice.

New Orleans is prepping for its season opening matchup against the division rival Falcons this weekend. With a win, they can land an early advantage in the NFC South race.

That opener will also mark the quarterback’s return to the field. In 2021, his season was cut short due to injury.

Winston took some time after practice to talk with the media about his working back from that injury, describing the human body in a way only he could. The result was another hysterical viral video that’s sure to make another appearance throughout the upcoming season.

Jameis Winston appeared to be giving an anatomy lesson to reporters in his Wednesday media availability. Watch the riotous clip below.

“So, it’s symmetrical and you’ve just got to work different parts.”

As you can imagine, NFL fans lost it.

One person commented, “Why are we not getting taught this in med school?!

Why are we not getting taught this in med school?!

This fan said, “Professor Winston with the top-notch anatomy lesson.”

Another jabbed at Winston and his comments on symmetry, “Like 30 TDs and 30 INTs.”

Winston will hope that his knowledge of the human body helps him make a strong return to the football field. The Saints kick off the season on Sunday afternoon in Atlanta.